A meeting was held at Sri Guru Singh Sabha Craigieburn, in relation to Core Committee of Sikh Forum which is to take place during Sikh games 2019 in the city of Casey, Melbourne. The meeting was called by co-ordinator(s) Mr Kulwant Singh & Satnam Singh in accordance with Sikh Forum policy 2018-19 of ANSSACC to discuss & set up the committee for organising the Sikh forum with Sarab-samti (agreement by all). All Sikh organisations across Victoria including all 12 Gurduara Sahibs were asked to nominate a representative from their organisation to attend this meeting. It was a well-organised meeting to make sure every Sikh organisation can participate & put their best input for organising the Sikh Forum 2019.
A total of 31 organisations including 12 Gurduara Sahibs and 16 media representatives were approached. The organisations across Victoria responded effectively and 20 members from 14 different organisations attended the meeting in person. Nine other organisations were contacted by phone at the start of meeting and they were given the option to join the meeting through conference call. A few gave their consent and agreed to put faith in the mutual decisions of all attendees. 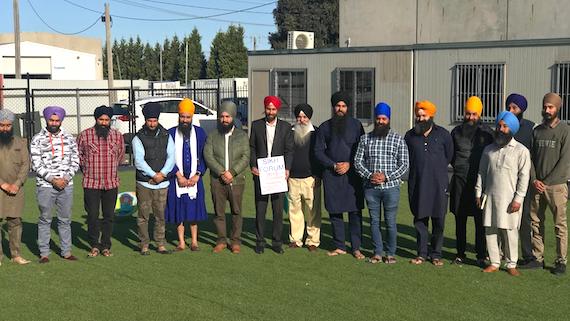 The meeting began with a briefing by the co-ordinator of Sikh Forum Mr Kulwant Singh. He explained the need to organise the Sikh Forum and its importance as well as historical background when it started. He also told how the Sikh games were originally Sikh Forum and the Sikh Games was just a side part, but over the years the Forum was neglected & the Games became the only focus. Therefore, a need to organise the Sikh forum and revive the intellectual debates amongst Sikhs is a dire necessity of the time.

Everyone agreed that these members should have a background, experience & intellect to make sure they can provide the Superior quality required to organise the Forum at its best for the estimated 100,000 spectators attending Sikh games. The attendees came up with the following names after reviewing & discussing the nominations from different organisations representatives based on their resume profiles. These people were chosen by sarab-samti: Tajinder Singh, Birender Singh, Gurbax Singh, Gurtej Singh, Jaspal Singh, Amarjit Singh and Manveer Singh.

It was also discussed that due to some absentees the committee could be extended in case of need. Sub-committees will be-be formed as per the requirements.
A dispute resolution committee was also formed which includes Jagdeep Singh, Gurlal Singh, Jaspreet Singh, Ravi inder Singh and Manpreet Singh.

A Media Representative and assistant have also been selected. All chosen members agreed and signed to policy document and to follow the guidelines in accordance with Sikh Forum policy 2019 of ANSSACC.

Everyone agreed to work together to harmoniously organise the Sikh Forum so that the young generation in Australia could be presented with an opportunity to discuss and work upon the issues that Sikhs are currently facing.

The meeting was a great success & we can already see a silver lining for the Sikh Forum that has been neglected in the past years.
Meeting was concluded by Co-ordinator Mr Kulwant Singh & the next meeting was discussed to be held on 11 November at Gurduara sahib Keysborough or Khalsa Shouni Plumpton (to be decided). This would also give a final opportunity to those who are interested to be part of the core committee for Sikh Forum.