As per media reports Sikhs For Justice (SFJ) has announced to lodge a formal complaint against the Aam Aadmi Party with Canada Foreign Affairs Minister asking the government to block the proposed the visit of Delhi Chief Minister Arvind Kejriwal and campaign Chalo Punjab 2017. 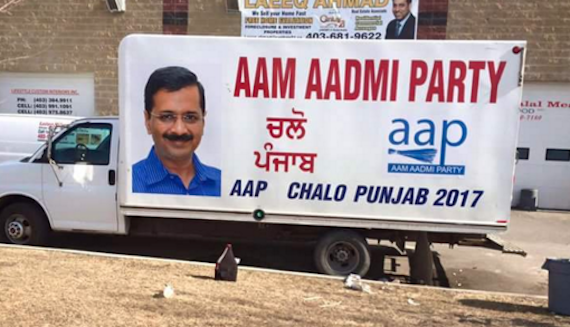 In a letter to Minister Stephane Dion, SFJ says the Aam Aadmi Party is conducting campaigns in Canada and has established a foreign political movement which violates the terms of Global Affairs Canada Policy. Citing the Aam Aadmi Party Canada’s Facebook page and The Indian Express report dated April 26 on Chalo Punjab 2017 campaign, the letter states that Aam Aadmi Party campaign in Canada is presenting Delhi Chief Minister Arvind Kejriwal as the only hope for Punjab and asking and NRIs to reach India by December 1 this year and Punjab goes to the polls in 2017.

Like Congress Aam Aadmi Party is 2 while eating Canadian policy and those we have moved complaint against the party, said Gurpatwant Singh Pannu, legal advisor of Sikhs for justice.