Sikhs Stand in Solidarity with the City of Manchester In This Difficult Time: United Sikhs

London: “Our doors and our hearts are open.”  was the message United Sikhs and members of the local Sikh community sent to the residents of Manchester, England to assuage their wounds inflicted by a deadly suicide bombing claimed the lives of 22 people. 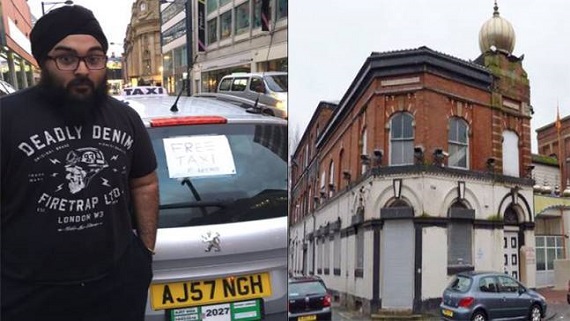 AJ Singh a Sikh driver who offered free ride to the victims of Manchester City blast.

The attack happened Monday, during a concert in Manchester Arena; 64 were injured by the blast, several of them were children. Many Sikhs in the area acted as first responders; providing comfort and relief in any way they could. Some brought concertgoers to nearby Gurdwaras, where shelter, hot meals (langar) and other assistance was offered immediately after the attack. Others Sikhs offered free taxi rides after transport in the city was shut down.

I’ve picked up and dropped off people who were looking for their loved ones. I’ve taken them to the hospital, and anywhere else they needed to go as they would’ve otherwise been stranded,”said AJ Singh, a taxi driver in Manchester. 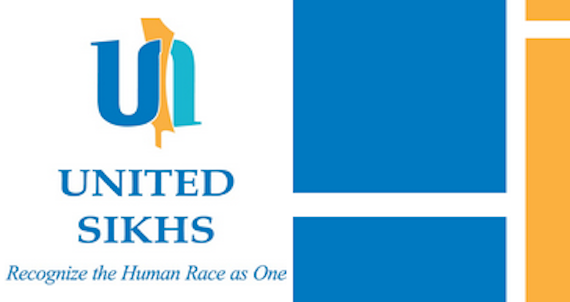 On Tuesday, the Sikh community served refreshments and stood in solidarity with the thousands who gathered in Albert Square to pray and pay tribute during a community vigil. Upon arrival at the vigil, the Sikh community received a warm welcome from the local residents.

“A lady told one of our UNITED SIKHS volunteers that they would always remember the Sikh community because of its outreach and service. It’s important that during these times, we do not let hate win. We must pray and unite with those who are hurting to ensure that love always prevails,” Sun Kaur, a Sikh volunteer said.

“Let’s not allow these deplorable events instil fear into our daily lives. We stand with the entire British Sikh community, in solidarity and defiance of cowardly attacks on children (and adults). We will keep the faith and never fear,” she adds.