London: Sikh Federation UK, a UK based Sikh group, said in a press release issued yesterday that [s]ince the General Election was officially announced on 19 April the Sikh Federation (UK) has been exerting public pressure and lobbying both the main political parties to ensure Sikhs are given winnable seats as the current situation is unacceptable with no Sikh MPs.

“[On April 27] Preet Kaur Gill, a Labour Councillor in Sandwell was selected by the Labour NEC interview panel to replace Gisela Stuart in Birmingham Edgbaston and on 8 June will defend a majority of 2,706 (6.6%). She did well as she was up against political heavyweight Neena Gill MEP and Chair of Sikhs For Labour. Preet could make political history in less than 6 weeks time to become the first ever Sikh woman MP in Westminster”, reads the statement. 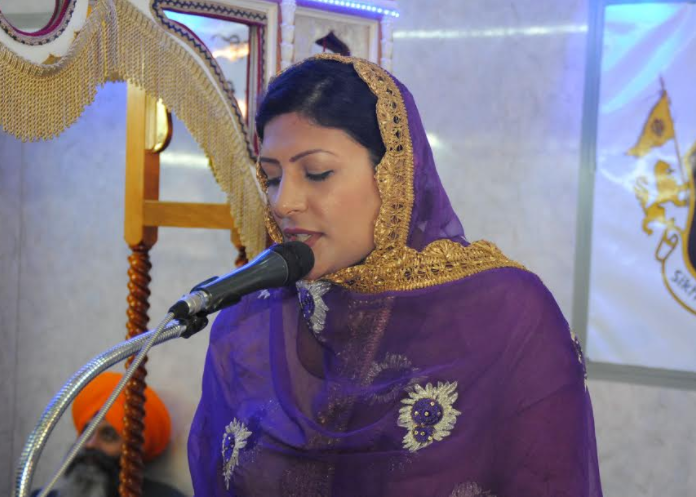 “I have known Preet and the family for over 30 years and she will be an amazing representative for those living in Edgbaston. We have full confidence that she will become the first ever Sikh woman in the House of Commons and we will do all we can to support her succeed. In the last General Election we made a real difference in certain seats and the political parties know we can motivate large numbers on the ground to have an impact.”

“If her father was alive today it would be the proudest moment of his life and like a dream come true. We will be encouraging her to show the same strength and courage as Sikh women from history to make a real difference to people’s lives and be a role model to others wanting to enter politics.”

Preet Kaur Gill thanking those who have helped her get this far said:
“I am delighted I have been given the opportunity to become the next MP for Edgbaston where I was born and raised. I want to engage with the people of Edgbaston and with hard work, passion and determination I think we can achieve great things together.”

“Preet Kaur has served as a Board Member of the Sikh Network that has provided her with a unique platform and opportunity in the last two years to raise her political profile. The Sikh community across the UK will also have high expectations of Preet to take up issues with Ministers and the Government when she reaches Westminster and with the same enthusiasm she has show in recent years” said Gurjeet Singh, National Press Secretary of the Sikh Federation UK.

“Further announcements of Sikhs selected in winnable seats are expected in the next few days, but none are expected to top the selection of Preet Kaur Gill” he added.