London: S. Simranjeet Singh Mann, in a recent written statement (copy available with Sikh Siyasat News), criticised a UK based Sikh tv channel. Shiromani Akali Dal Amritsar (Mann) chief said in his statement that an anchor of a UK based Sikh tv channel deliberately asked him some “motivated” questions to create an impression that S. Mann has lost his base from Punjabi and Sikh masses like Capt. Amarinder Singh and Parkash Singh Badal. 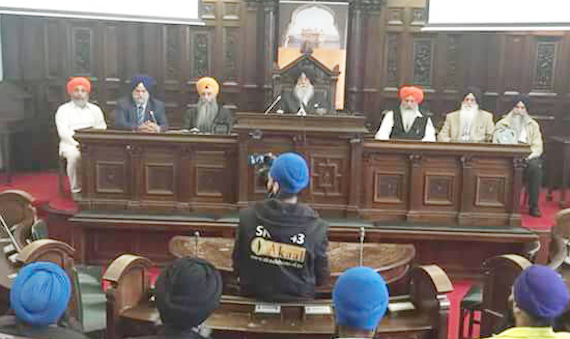 S. Mann alleged that the malpractices of journalism that were prevalent in Indian media have also infected some UK based Sikh media outlets.

However, S. Mann did not disclose the name of TV channel in his statement whereas he the statement mentions Indian media outlets “Indian Express”, “Times of India” and “The Tribune”.

Notably, S. Simranjeet Singh Mann is on a trip to UK.