Amritsar: As per information available with the Sikh Siyasat News (SSN), the police today arrested SAD (Mann) leader Simranjeet Singh Mann and United Akali Dal (UAD) leader Bhai Mohkam Singh. Both leaders, who were key organizers of yesterday’s “Sarbat Khalsa” were arrested from Amritsar in separate police raids during wee hours. Associates of Bhai Mohkam Singh told Sikh Siyasat News (SSN) over phone that the police break up the door of Bhai Mohkam Singh and he as allegedly manhandled during the process of his arrest.

Sources said that Gurdeep Singh Bathinda has also been arrested by the police but SSN was not able to contact any of his family members or his associates to confirm his arrest. 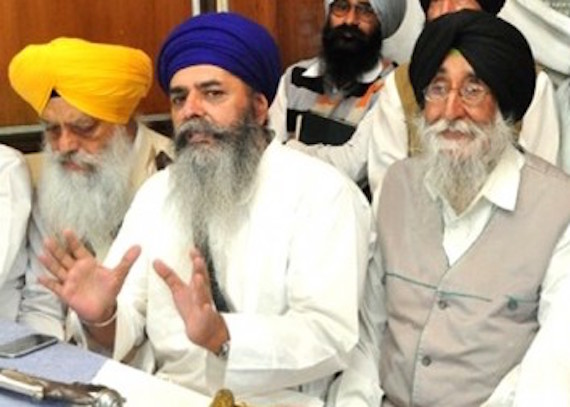 “The police party was led by B-Division police station SHO VirDavinder Singh and they forcefully arrested Bhai Mohkam Singh”, one of the associates of Bhai Mohkam Singh told SSN over phone.

He said that the leaders have been arrested in wake of call that newly appointed Jathedars would address the Sikh sangat from Akal Takhat Sahib.

The police has also conducted raids to arrest other organizers of yesterday’s gathering in which around 55-60 thousands Sikhs had taken part. As per information the has been camping outside houses of Balwant Singh Gopala, Dhian Singh Mand and Satnam Singh Manawan.