S. Mann who arrived at DMC with his party men was initially prevented by the police from entering the hospital premises. This led to a heated argument between the police officers and S. Simranjeet Singh Mann. 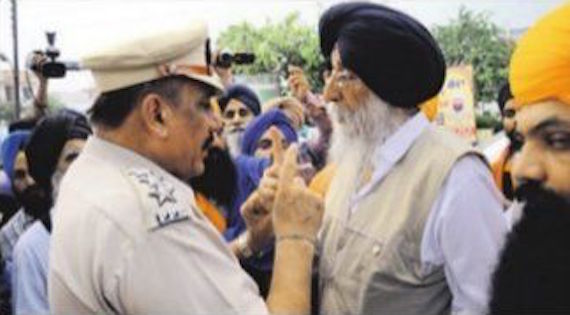 After coming out of hospital S. Mann said that Bapu Suraj Singh was in Charhdikala. He also criticized the Punjab government for not taking a decision to release Sikh political prisoners, who have completed their mandatory jail terms.

Sukhpal Khaira are not allowed to meet Bapu Surat Singh

Congress party leader and former Bholath MLA Sukhpal Khaira also turned up at DMC Hospital to meet Bapu Surat Singh but he was not granted permissions by the police.

Angry Khaira criticised the Punjab government and said that such restrictions were not placed even during the Emergency.