Singapore City: As per the media reports a 33 years old ingaporean Sikh referee was allegedly subjected to racial abuse on the social media after a football match here, prompting an antidiscrimination organisation to launch an investigation.

The probe was launched by UK-based organisation “Kick It Out’ after Sukhbir Singh had made some “controversial” decisions while officiating last Saturday’s International Champions Cup (ICC) match at the National Stadium in Singapore, where Inter Milan beat Chelsea by 2-1, reads a quote from a report published in the local tabloid The Strait Times. 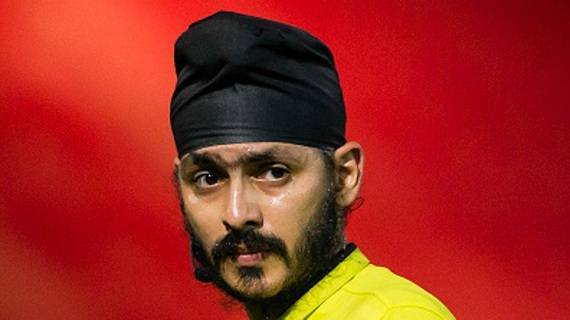 Not withstanding the defeat of their favorite team rouge fans took to Twitter to criticise Sukhbir Singh’s decisions and commented on his ethnicity.

The first was his awarding of a penalty to Inter after striker Stevan Jovetic was brought down by Chelsea fullback Cesar Azpilicueta, and the second was disallowing a late equaliser by Blues forward Michy Batshuayi, media reports said.

Fédération Internationale de Football Association (Fifa) match agent Baljit Rihal tagged “Kick It Out” who said that it had “received reports from the public on the racist abuse on social media aimed towards Singaporean Sikh referee during Chelsea’s friendly against Inter Milan, reads a quote from a report published in an English vernacular.

“Kick It Out” is a third-party reporting organisation where “incidents of discrimination in English football can be reported and then passed to the relevant authorities”.

The Football Association of Singapore, as well as Singh, did not comment on this matter, notes the local media outlet.

The organisation’s vision is that football will be a sport where people flourish in a supportive community, and where fairness is openly and transparently practised and enforced for the good of all participants.