Fatehgarh Sahib: The Fatehgarh Sahib administration has reportedly denied permission to Shiromani Akali Dal Amritsar led by Simranjit Singh Mann to hold a seminar on ‘Khalistan’. As per information SAD (Mann) varsity to hold a seminar at the Shri Krishna Palace Sirhind on Monday but the administration denied permission to hold the event citing alleged threats to the law and order situation in the City.

“SAD-A is being denied permission to hold seminar and discussion on issue of Khalistan and it further said that this seminar could have created law and order problems in the state,” reads the order issued by Deputy Commissioner Kamaldeep Singh Sangha. 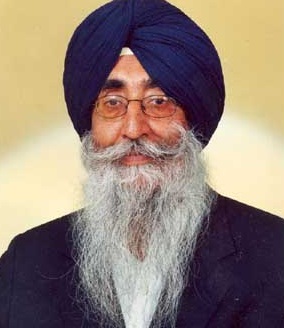 As per media reports the police have also beefed up security at Fatehgarh and have also stationed personnel outside the SAD (Mann) president Simranjeet Singh Mann’s residence and his party office at Qila Harnaam Das.

On the other hand SAD (Mann) maintains that S. Mann was being put under house arrest.

“A hall in Sirhind was booked and langar was ordered. In this seminar people from all religions were invited to ask queries and share knowledge on Khalistan. But at around 5 am, the police led by two DSPs along with almost 100 armed constables came to my home. I asked the police officers to produce a magistrate order but they had no copy of such orders. This is simply dictatorship and our plan was just to hold a peaceful seminar to educate the masses on issue of Khalistan. Under the freedom of expression and speech in Indian Constitution we cannot be denied to hold such a seminar and that is why we also applied for the permission in advance” a news reported by the Indian Express (IE) quotes S. Simranjeet Singh Mann.

Jaskaran Singh Kahansinghwala, general secretary of the party, said: “Last night police illegally raided our homes and SAD (A) jathedars were harassed. They kept all of us under house arrest and none of us were allowed to proceed to venue for seminar. It is illegal detention”.

But the district Police denied the charges. SSP J S Khaira said that no one was but under house arrest, including S. Simranjeet Singh Mann. He said that the seminar would disturb law and order situation in Punjab.