Talwandi Sabo/ Bathinda: An act of honouring secretary, North Zone, RSS, with a siropa (a robe of honour) at Takht Sri Damdama Sahib, Talwandi Sabo, on August 15 has stirred a controversy.

Two SGPC employees, Sewak Singh, a sewadar, and Harmander Singh, a security member, have been ordered to undergo punishment for their act of religious “misconduct”. Besides, Kulwant Singh, in charge of a “paths”, has been shifted to Gurdwara Sahib Likhansar. 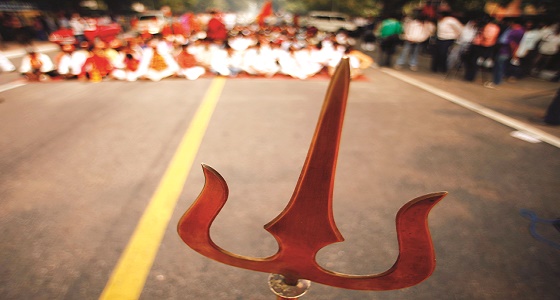 Sources said on August 15, the RSS functionary, Vijay Kumar, on his way from Delhi to Rama Mandi (Bathinda), had gone to Takht Damdama Sahib. He was reportedly presented a siropa by the said persons. Annoyed over the development, Takht Jathedar Giani Gurmukh Singh, on August 18, ordered religious punishment to Sewak Singh and Harmander Singh and shifting of Kulwant Singh.

Former Jathedar of Takht Damdama Sahib Balwant Singh Nandgarh remained highly critical of the special honour to RSS leaders in gurdwaras. He had even accused the SGPC of working under the RSS pressure.

Recently, a controversy broke out when a “siropa” was presented to “Radhe Maa” at Takht Hazur Sahib. Darbara Singh, SGPC Manager at Takht Damdama Sahib, said, “The SGPC employees had mistakenly given a ‘siropa’ to the RSS leader. They have been given the punishment.”

BJP mandal president Talwandi Sabo Tarsem Kumar said: “I had met the Jathedar and clarified that we were not aware of the religious code on the matter.”

Mohan Singh Bangi, member, SGPC executive body, said: “The SGPC employees were not aware of the RSS leader’s identification”. Gurdeep Singh Bathinda, convener, Bandi Sikh Sangharsh Committee, said: “It is wrong to give a ‘siropa’ to an RSS leader.”