Since then the Government of India has blocked many other social media handles associated with Sikh media houses and organizations. 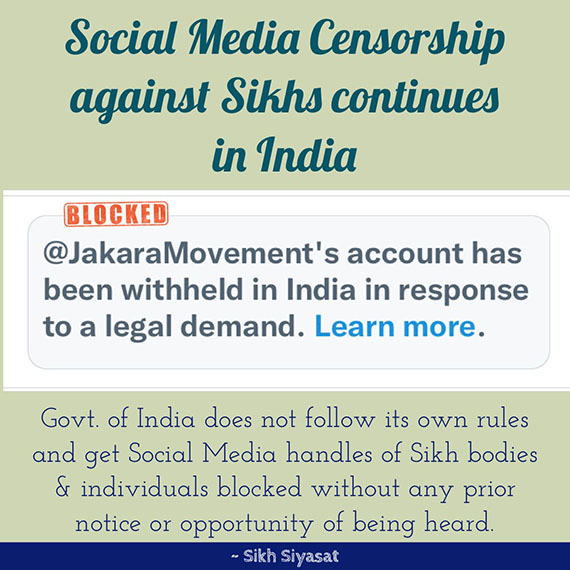 The Government of India had started blocking access to online platforms of Sikh media houses during the COVID-19 lockdown in 2020 and has intensified the practice since then. It is notable that the government uses section 69A of the Information and Technology Act, 2000 which authorizes the government to block any information harmful for ‘unity, integrity and sovereignty of India’. The IT Rules 2009 mandates that a prior notice should be served to the affected party and due opportunity of being heard should be granted. But the E-Security and Cyber Law Group formed under the Ministry of Information and Technology (MeitY) does not bother even to inform the affected parties, let alone serving a prior notice or granting the opportunity of being heard.