London: Over 10,000 Sikhs attended the Annual National Sikh Convention organised over the weekend by the Sikh Federation (UK) at Guru Nanak Gurdwara, Sedgley Street, Wolverhampton. Numbers were higher this year than the last few years.

Those attending heard the last 12 months had been a remarkable time with some huge events and achievements. By far the biggest success achieved by the Sikh community in the UK has been to not only produce, but actively use the Sikh Manifesto to make a massive positive impression. 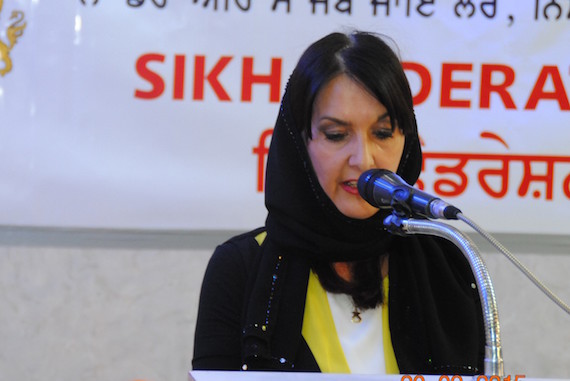 All politicians that spoke at the Convention – Rob Marris MP, Pat McFadden MP and Margaret Ferrier MP – emphasised the significant impact of the Sikh Manifesto. It has resulted in empowering the community and raising awareness of politicians and the public of the immense Sikh contribution and issues where Sikhs would like to see genuine progress. 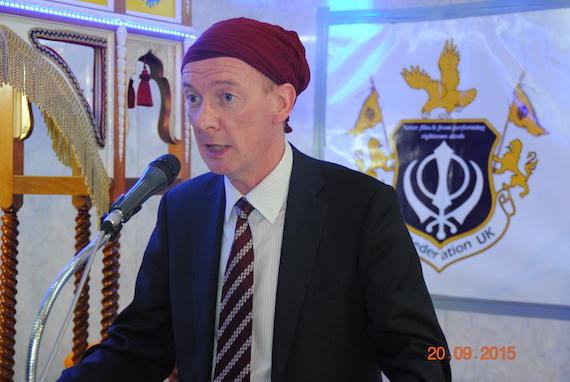 Pat McFadden the MP for Wolverhampton South East and the Shadow Europe Minister alongside a number of Sikh speakers expressed views about different aspects of the Sikh Manifesto where progress is essential. Several speakers also spoke about the success of establishing the Sikh Network and getting it up and running. The network now has over 1,800 participants and a core group with specific responsibilities that is constantly in communication. The Network has achieved another first in that the core group of ten has an equal gender split. They meet face to face every two months, but talk every week regarding progress on priority issues and keeping track of all ten Sikh Manifesto points. 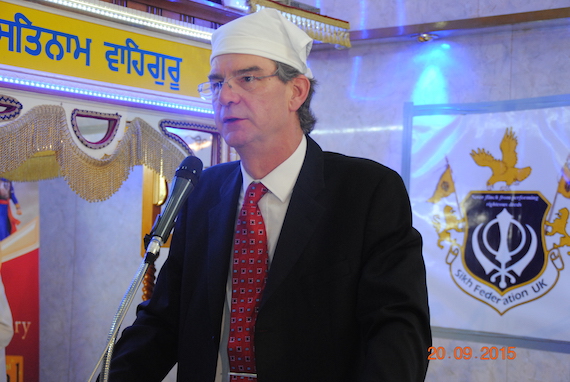 Rob Marris MP, the Chair of the All Party Parliamentary Group for British Sikhs thanked all the local Sikh volunteers and voters who had helped secure his triumph. He explained the progress the Sikh Federation (UK) had already been made in the summer with the Office for National Statistics around separate recognition of Sikhs as an ethnic group in the Census 2021 and plans to secure a site in central London for a permanent monument to mark Sikh sacrifices in the First World War. 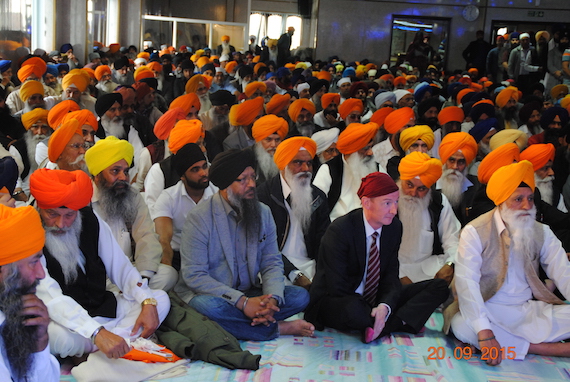 Several speakers also referred to increasing recognition and respect for the Sikh Federation (UK) by Government Ministers, ranging from the Department for Communities and Local Government and the Foreign and Commonwealth Office to the Department for Education. Reference was also made to the landmark meeting with Nicola Sturgeon, the Scottish First Minister and Leader of the Scottish National Party (SNP). The close ties between the Sikh Federation (UK) and the SNP were reiterated by Margaret Ferrier MP read a personal message from Nicola Sturgeon and spoke passionately about a number of the key demands in the Sikh Manifesto, including the UK Government military assistance under Margaret Thatcher and the need for an independent public inquiry to establish the truth. 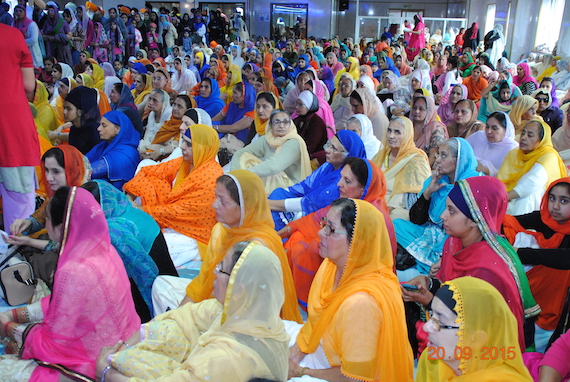 The Sikh Federation (UK) made a number of major announcements. The first was around restructuring and expanding the organisation. The target is to open 5-6 new branches in the next 12 months and eventually to have a presence in all 12 regions of the UK, including Scotland, Wales and Northern Ireland. Each region will also have a regional co-ordinator supporting the National Chief Co-ordinator. Eight regional co-ordinators were announced at the Convention for London, South East, West Midlands, East Midlands, West of England, Yorkshire and Humberside, North West and the North East. The aim is to have another three regional co-ordinators in the East of England, Scotland and Wales in 12 months time, leaving only the position in Northern Ireland to be resolved.

In another related but significant development was the growing and increasing public recognition by a number of Sikh activist youth groups working in different fields of the leading role of the Sikh Federation (UK) in virtually all major Panthic campaigns. In a major boost many indicated they now wished to work with, join and become part of the future development and eventually the leadership of the Sikh Federation (UK).

The objective is to combine the energy, professionalism and strength of the youth with the wisdom, capacity and dedication of the existing sewadars of the Sikh Federation (UK) to create an even more formidable organisation with an emerging younger leadership and following.

The Sikh activist youth groups have in mind to take forward around 5-6 projects over the next 12 months under the banner of the Sikh Federation (UK) as they are directly linked to the primary aims and objectives of the organisation. The Sikh Federation (UK) leadership agreed to consider detailed proposals for these projects next month so they can be formally approved.

The second major announcement concerned the need to work with other leading Sikh organisations to remove those from government circles who are anti-Panthic, but claim to represent Sikhs. The Convention was told that two Sikh organisations recognised by government do not accept the supreme authority of the institution of the Akal Takht. These organisations and individuals ‘advise’ government and political parties, but they are anti-Panthic and need to be exposed and removed. The Convention was told this would be a key priority over the next 12 months, but not just for the Sikh Federation (UK) alone, but the other three groups, like the Sikh Council UK, that are recognised by government.

The final two announcements are the subject of separate Press Releases. These concerned uniting Sikh organisations worldwide under a 5-point Panthic agenda that was also shared at the Convention and delivering a bold and uncompromising stance ahead of the visit of the Indian Prime Minister, Narendra Modi to the UK on 12 November 2015. It will be the first visit by an Indian Prime Minister for almost 10 years. The UK Government is increasingly nervous about opposition Narendra Modi is expected to encounter from a coalition of a number of disparate groups and the impact this may have on future bi-lateral trade.