Chandigarh: In order to promote and forward the interests of the industrialists the Congress government of Punjab lead by Amarinder Singh has refused to increase the state advisory price (SAP) of sugarcane, Balbir Singh Rajewal (BKU) reportedly said.

“If the farmers in Haryana and Uttar Pradesh are paid Rs 330 per quintal and Rs 325 per quintal, respectively, what is wrong in Punjab? If the actual cost of cultivation is worked out, it will be over Rs 360 per quintal,” he adds. 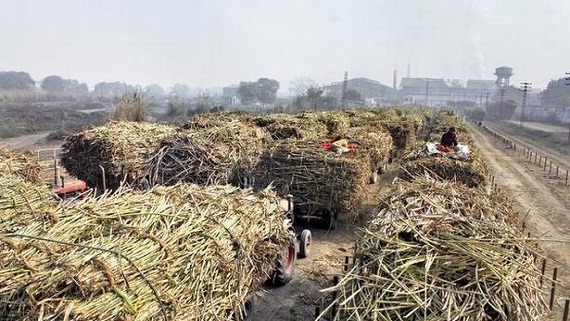 “It is clear that the state is helping a minister who owns a sugar mill. It is time that  Amarinder Singh shows that he stands by the farmers and not by his cabinet colleague, he alleges in his statement.

“As per the sugarcane Act, the state is supposed to work out and pay the farmers for extra sugar recovery as additional cane price after the crushing season ends. But the bureaucrats and politicians always side with the sugar industry. The farmers have never been paid this additional price, except once,” reads the statement of Balbir Singh Rajewal published in The Tribune (TT).

It is interesting to mention here that Amarinder Singh during his run for Punjab State Assembly election earlier this year had promised to increase the compensation for farmer’s produce. Let alone increasing the compensation it seems like the present regime is not even covering the total cost of inputs used in cane cultivation.

Furthermore, whilst speaking about the grievances  of the sugar-cane farmers he maintained that the sugar recovery in the state has always ranged between 9 and 10.45 per cent. Since sugar mills never paid the additional sugarcane price to the farmers, they have pocketed thousands of crores on this count during the past 30 years, he alleged.

“It is a scandal. The CM must appoint a committee to calculate this amount and make efforts to recover and reimburse it to the farmers with interest,” Balbir Singh Rajewal claimed.