Chandigarh: Information gathered by Advocate Navkiran Singh, a senior lawyer of Punjab and Haryana High Court, reveals that the Punjab government has not implemented the provision for registration of Sikh marriages under the Anand Marriage Act, 1909.

In fact no state, except the state of Haryana, has made necessary arrangements in last 3 years to implement the provision which provide for registration of Sikh marriages under the 1909 Act.

“Sikhs had been raising a grievance since long of being tagged with the Laws which forced the Sikhs to be governed by laws which were made for the majority community. Not only Sikhs, but Jains and Bhudhists have also been forcefully governed by Laws made for the Hindu community. The intention of the framers of constitution may be any, but forcing the Hindu Laws upon these 3 minorities under Article 25 (Explanation II) has been a matter of great concern at least for the Sikhs”, reads the press release sent to the Sikh Siyasat News (SSN) by Advocate Navkiran Singh. 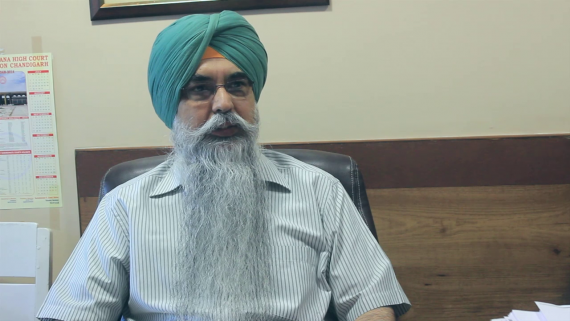 He said that it was ‘more questionable’ when one of the Hindu Laws, i.e Hindu Marriage Act has been forced upon the Sikhs, where as the other minority communities like Muslims, Christians and Parsi’s have been given the benefit of being governed by their own Matrimonial laws.

It is notable that the Supreme Court of India has ordered compulsory registration of marriages.
Advocate Navkiran Singh said that Sikhs, who were being forced to get their marriages registered under Hindu Marriage Act, worked hard to get an amendment in an already existing Act, known as Anand marriage Act 1909.

The amendment was made by Central Government in 2012, by adding section 6 to the said Anand Marriage Act and making a provision for registration of marriages performed through Anand Karaj / Anand.

Advocate Navkiran Singh said that after the amendment by the Central Govt, the states had to make their own rules to facilitate registration of the marriages of the Sikhs under this Act.

However on collecting of information under RTI Act by me it has come to light that except for Haryana state, which made the rules in 2014, no other state has as yet framed the rules.

Resultantly the Sikhs are being forced by the circumstances to get their marriages registered under “Hindu Marriage Act” instead of “Anand Marriage Act”.

He said that the state governments should implement the provision for registration of Sikh marriages under the Anand Marriage Act.

“Implementation of provision of registration of marriages of Sikhs under Anand Marriage Act was need of the hour”, he added.

It is worth mentioning here that the amendment of 2012 was projected as ‘solution’ to the demand of separate Sikh personal law by the government of India, however, it was termed as “too little and too late” by Sikh intellectuals. But even this too late is not implemented in last 3 years.

RELATED to this Topic:

→ Recent amendment to Anand Marriage Act – achievement for the Sikhs or fraud with the Sikhs? [Video Talkshow]

→ Amendment of Anand Marriage Act passed – Too little & too late