Jalandhar: Blaming New Delhi for its anti-Punjab stance on states river waters issue, the Dal Khalsa and Akali Dal (Panch Pardani) reasserts that Punjab doesn’t have an extra drop of water to give to non-riparian states. Both the groups were categorical that there’s no room for central intervention as River Waters is a state subject”.

A meeting of senior representatives of both the party was held to take stock of the situation. Prominent among those who were present in the meeting were Daljit Singh, Harcharnjit Singh Dhami, Harpal Singh Cheema, Kanwarpal Singh, Dr Manjinder Singh, Mandhir Singh, Amrik Singh Issru. 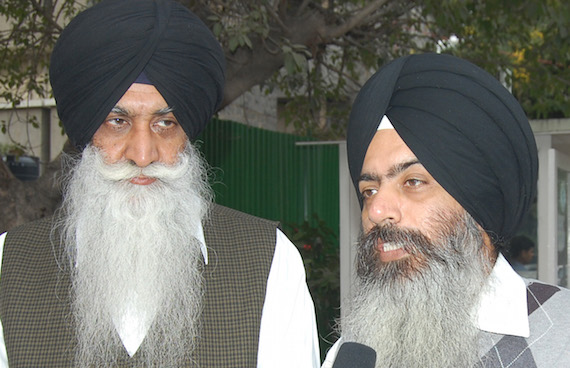 Cautioning the people of Punjab to be prepared for the possible showdown with the centre on river waters issue in the near future, leaders of both the groups Advocate Cheema and Kanwar Pal Singh said the state was sovereign on river waters. However, this sovereignty was first violated in 1955 in the name of so-called national interest, said they and added that since then the allocation of Punjab’s river waters to non-riparian states was illegal and against the riparian principle.

They fired a salvo against Badals for double speak as their own daughter-in-law was part of the present Union govt that was following footsteps of Congress govt’s in doing grave injustice to Punjab. They ask Badals to come clean and snap their party ties with the BJP.

They said Parkash Singh Badal and Captain Amrinder Singh through their competitive statements were trying to score brownie points by proclaiming that they could go to any extent to protect the only natural resource of the state. They asked both the leaders to spell out concrete actionable programme as their words alone won’t cut the ice.

Reminding both Badal and Amrinder about the continued loot of precious water wealth of the state to Rajasthan, Haryana and Delhi, they said Punjab was the only state whose more than 50 percent of the river waters were being diverted to non-riparian states.

Urging both the leaders to stop playing shadow-boxing , they said the house was in session and it’s high time to pass a resolution abrogating the clause 5 of the Punjab Termination of Agreements Act (PTAA), 2004 that allows the flow of waters to non-riparian states.

Reiterating that Punjab has every right to get royalty from non-riparian states in lieu of its river waters, they said in case the state has to give its water to Haryana and other non-riparian states as goodwill gesture, Punjab must set its own terms without any central intervention .