Patiala: A serious matter has come into light where Punjabi University Patiala was trying to dump away rare documents, including some manuscripts. On March 15 some students noticed that many documents, books, rare newspapers and some manuscripts were being loaded to a truck. On inquiring the matter students came to know that the University had sold out these documents to a scrap collector as “waste-papers”.

Ranjeet Singh one of the students who took lead in this issue told Sikh Siyasat News that the documents which were being taken out of the University as ‘waste-paper’ included copies of rare newspapers such as “Khalsa Samachaar” and Punjabi magazines like Nirguniara. It also included many books such as transliteration of Kuran and copies of Bible. 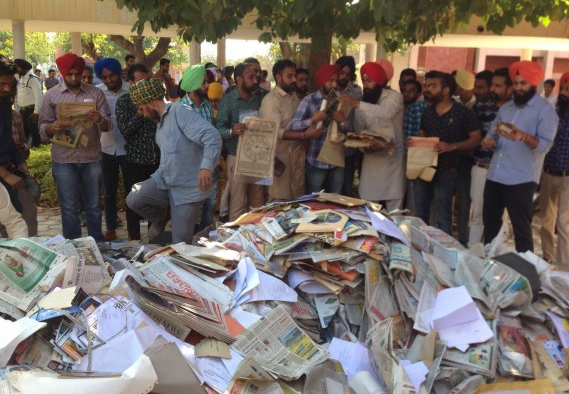 “One of my friends informed me that a truck full of documents was being taken away from Dr. Ganda Singh Reference Library. He told me to check it myself. I went there to check and found that many rare documents were being loaded to the truck” said Jagtar Singh, a Ph. D student.

When students asked University librarian to explain the move she said that the university was possessing original copies of all the documents and only duplicate copies were sold out as scrap.

“She took away those documents and later refused to produce even those copies that we had selected from the heap of documents that were unloaded from truck of scrap collector” Ranjeet Singh added. 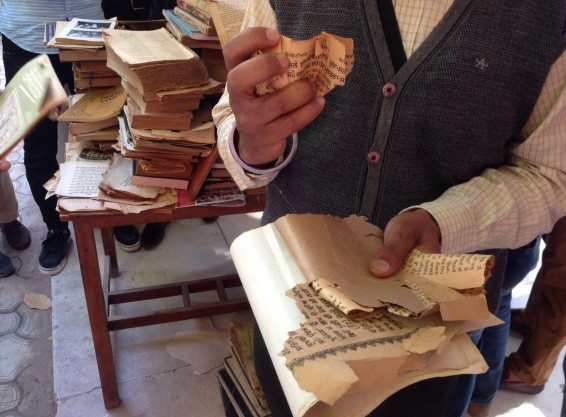 Jagtar Singh told SSN that when he asked the Librarian to show duplicate copy of a particular issue of Nirguniara magazine, she snatched the magazine from his hands and tore it away. He also shows some torn parts of the magazine.

The issue took serious turn and the librarian had to submit her resignation and the documents were offloaded from the truck. The university administration has formed a four member probe committee to probe the matter.

Dr. Gurnam Singh, who is one of members of four member probe committee told SSN that the committee has directed the library staff to sort out the documents and prepare a list of all the documents, manuscript and books. 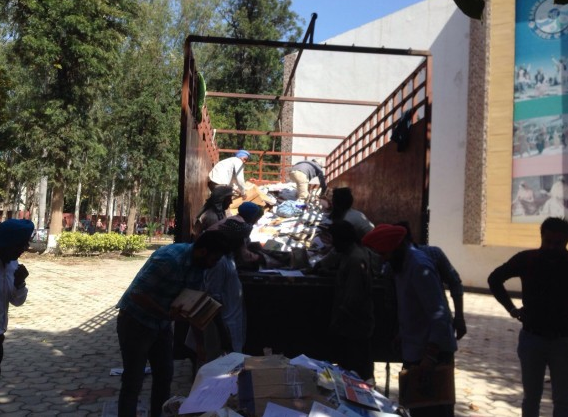 Documents being unloaded from the truck of scrap collector

A team of Sikh Siyasat News also visited the Punjabi University on March 15 evening and found that a large number of documents (that were being dumped away by the university) were related to 1984-85 period when the Indian state had unleashed it’s oppression to snub Sikh political movement in Punjab.

Sources also told Sikh Siyasat News (SSN) that many of the documents that were being sold out as waste papers were part of ‘rare collection’ kept at Dr. Ganda Singh Reference Library.

University Registrar Dr. Davinder Singh admitted that there were discrepancies on the party of university administration in selling out waste papers.