Chandigarh: Punjab Deputy CM and the President of ruling Badal Dal Sukhbir Badal has challenged the Aam Aadmi Party (AAP) Chief Arvind Kejriwal on controversial Satluj Yamuna Link (SYL) canal issue. In a written press release Sukhbir Badal criticised Delhi CM Arvind Kejriwal for the latter’s (alleged) “brazen opposition to Punjab on the SYL issue” through the affidavit submitted by the Delhi state government in the Supreme Court of India (SCI). Sukhbir dared the Delhi Chief Minister to come to Punjab and speak the same words which he has spoken in Delhi.

Junior Badal also asked Arvind Kejriwal to state categorically what his views and stand were on the “riparian principle” on the rights of claimant on river waters. 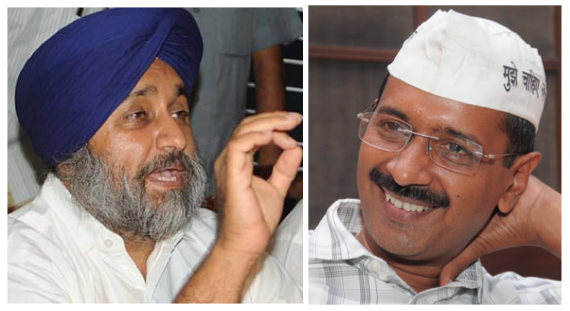 Sukhbir Badal asked Arvind Kejriwal to break his “criminal and sinful” silence over the affidavit which he had submitted through his government in the Supreme Court, challenging Punjab’s claims on the river waters.

“It is painful that whenever Punjab seeks justice, people like Kejriwal rush to declare us anti-national. Kejriwal Government’s affidavit in the Supreme Court describes Punjab’s demand as “divisive and dangerous to the unity and the integrity of the country. In this, Kejriwal is treading the path of Late Mrs. Indira Gandhi. He has even implicitly threatened Punjabis by declaring in the same affidavit that they (the Punjabis) need to be reminded that the constitution was strong enough to safeguard the unity and the integrity of the country. Is Kejriwal reminding this to the patriotic people of Punjab or to Pakistan?” reads a statement issued by office of Deputy CM Punjab.

“The SYL is a death-warrant for Punjab. There is no need to build it when even the issue of the states’ rights over river waters had not been decided. It cannot be built and we will never allow it to be constructed. Every Punjabi stands solidly behind the bill passed by the state assembly about the lands on which the SYL had been built,” said Sukhbir Badal.