Chandigarh (April 17): Punjab Deputy Chief Minister Sukhbir Singh Badal today while condemning the bomb attack on a Gurudwara in Essen in Germany in which three persons were injured besides damage done to the religious shrine, urged India’s External Affairs minister to take up the issue of safety of Sikhs and their religious places with the German government. 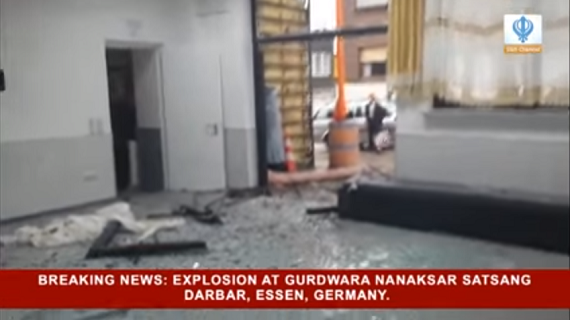 In a written statement issued from Chandigarh, Sukhbir Badal, who is also president of ruling Badal Dal, said the news of a bomb attack on a Gurudwara in Essen in Germany called for concerted efforts to sensitise people across the world about Sikh religion and its unique concepts of peace and universal brotherhood.

He appealed all Sikhs particularly Gurudwara management Committees in various countries including SGPC and DSGMC to launch an awareness campaign in this regard.

Sukhbir Badal said the Indian government should also ask its embassy in Germany to provide immediate help to the injured as well as work with the local Sikh community to assist in rebuilding of the Sikh shrine.