Chandigarh: Stressing that Punjab Deputy CM and Shiromani Akali Dal (Badal) president Sukhbir Badal has shamed the Sikhs, Dal Khalsa spokesperson Kanwar Pal Singh in a strong worded statement said the pic (if not doctored) of President of Shiromani Akali Dal without Turban in public domain, has left the Sikhs stunned and shocked. 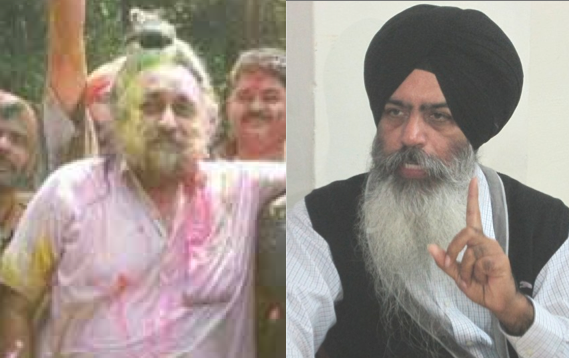 He said they respect private life of every person and had no objection on anyone celebrating Holi festival. However, when the person happens to be a public figure of high stature and more so head of a Sikh party then he is supposed to self-impose discipline and decency on him.

He further said today the Sikhs feel cheated and defeated. “Sukhbir has failed the Sikh people”. In moral sense the Sikh Diaspora loses its case to uphold the honour of turban worldwide, he remarked.

With the president of Akali Dal cherishing and enjoying festival in public domain by taking off turban, the French Sikhs loses their moral strength to fight against the embarrassment and humiliation they had to face while clicking their photo for government I’d and driving license without their turban, he further observed.

Whether Sukhbir Badal still deserve to be head of Akali Dal would surely depend upon the rank and file of the party- who have been reduced to family affair. For a true Sikh, Sukhbir has done irreparable damage to the Sikh pride.

He said the least we expect from Sukhbir was that he should bow his head at Akal Takhat and seek forgiveness from Almighty Waheguru and equally seek apology from every GurSikh, who’s sentiments he has hurt.