Sukhbir Badal should resign for the deteriorated law and order situation in Punjab: Aam Aadmi Party

Chandigarh: In a written press release issued yesterday, the Aam Aadmi Party criticised Punjab Deputy CM Sukhbir Badal, who is also responsible as Home minister of the state, for the alleged deteriorated law and order situation in Punjab. Demanding the resignation of Sukhbir Badal, who heads the police department in the state, AAP’s Punjab convenor Sucha Singh Chhotepur said that the state has failed to snub the gangs culture in Punjab.

Chhotepur also criticised CM Parkash Singh Badal not doing anything to set the law and order right in the state. 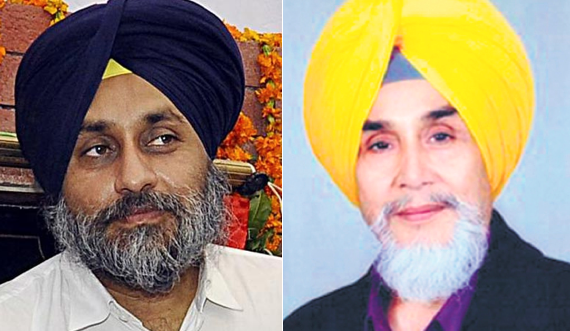 “There was a time when people used to talk about gang culture in UP and Bihar but now the youth of Punjab have adopted the same culture because of the political patronage. Rule of law is missing in the state. How can a criminal abuse a Police official on social networking site that too being in the jail? Who allowes the criminals to use electronic gadgets being in police custody” Chottepur asked.

“Jail Minister Sohan Singh Thandal should also resign for falling to perform his duty.” He added.

Chhotepur also criticized Congress for keeping mum on the serious issue of law and order in state. “Both the parties are riding in the same boat so they prefer to keep quiet about the failure of each other’s” he quipped.