Sukhbir Badal’s Cry Against SIT Members Is A Sign of His Guilt: Dal Khalsa

Amritsar: Dal Khalsa on Saturday (April 6) hits out at Shiromani Akali Dal (Badal) for complaining to Election Commission against SIT point man Kunwar Vijay Partap Singh and termed it as an outcome of Sukhbir’s guilt and frustration.

Notably, the Akali Dal has lodged a complaint to EC to transfer IG Singh alleging that he is performing his duty in a biased manner to fix the political opponents of ruling party.

Party’s spokesperson Kanwar Pal Singh said Sukhbir Badal and his coterie know that the SIT was progressing in the right direction and that sooner or later he and his party henchman will be indicted for their complicity or role in firing incidents of Kotkapura and Behbal Kalan. We urge the EC not to intervene in sacrilege probe issue at this stage as it was too sensitive in nature. 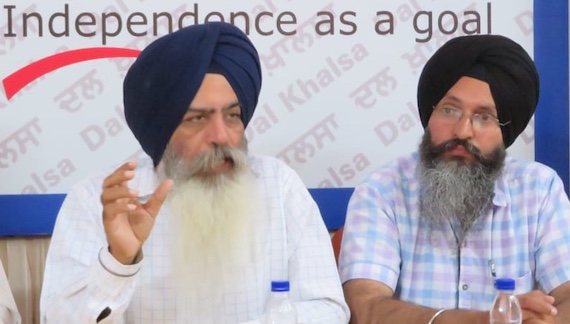 By pointing a finger towards an officer who is honestly discharging his duty in the SIT, the Badals can’t hide or run away from their own wrongdoings.

In lieu of votes of heretical dera, Badals during their regime gave dera premis a field day in Punjab. The so-called pardon to rapist Baba by discredited Jathedars’ and the highhandedness of police at Kotkapura and killing of two protesters at Behbal Kalan has imprint of then Chief Minister office.

He said the SIT was formed in accordance with the spirit of resolution passed by Vidhan Sabha to dig out the truth and bring the perpetrators of the sacrilege and firing incidents to book. Now, when the skeletons are tumbling down one by one and people were expecting from SIT to unearth the faces of guilty cops and their political bosses, the Akalis led by Sukhbir have started crying foul.

By targeting one particular officer in the SIT, the frustrated Akalis have unmindfully sent message that rest of the members in the investigating panel are their men or their “performance” doesn’t scared them, said he.