Harike/ Chandigarh: As per media reports, the Punjab government has expended Rs. 10 crores so far on Harike Water Cruse project while the income generated from sale of tickets is just Rs. 64 thousands so far. The controversial project was taken as a prestige issue by previous Deputy Chief Minister Sukhbir Badal. Sukhbir Badal had announced to launches water buses to be used as an alternate mode of navigation in the state but his announced was extensively mocked as a “gapp” by political opponents and netizens.

READ this NEWS in PUNJABI/GURMUKHI 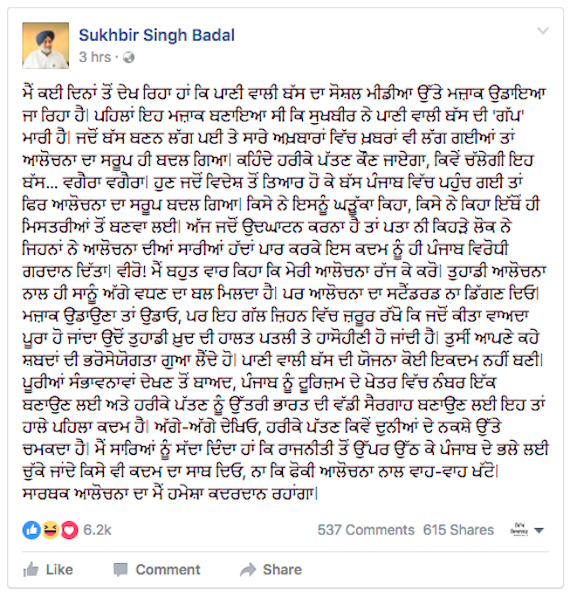 Then the bus was reportedly sent for redesign and the new avatar of Harike water cruse first floated on Harike waters on February 15 this year. But the low level of water in Harike wet land lake and extensive presence of water plants did not allow the bus to float freely.

After change of government in Punjab the new Tourism Minister Navjot Sidhu relaunched the water bus service on May 31 but he announced to halt it on Saturday (June 17).