Bathinda: Aam Aadmi Party’s sacked leader of opposition (LoP) in state assembly Sukhpal Singh Khaira along with journalist turned politician Kanwar Sandhu held a show of strength at Bathinda today. Termed as “volunteer’s convention” the gathering called by Khaira and Sandhu was attended by 5 other party MLAs. As per reports 11 AAP MLAs were at Delhi to meet central leadership of AAP. 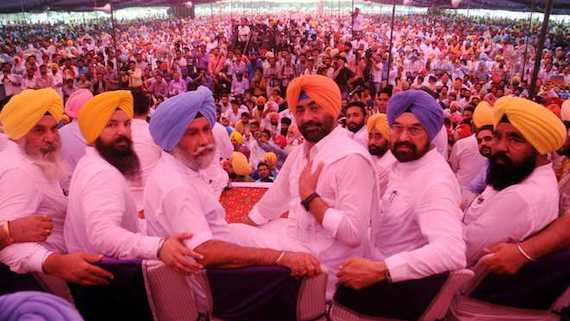 Sukhpal Khaira, Kanwar Sandhu and others during Bathinda rally on August 2

Reading out resolutions during the gathering AAP MLA from Kharar Kanwar Sandhu announced autonomy of state unit and said that AAP’s Punjab unit will take its own decision and the central leadership will be informed about such decisions from time to tome. 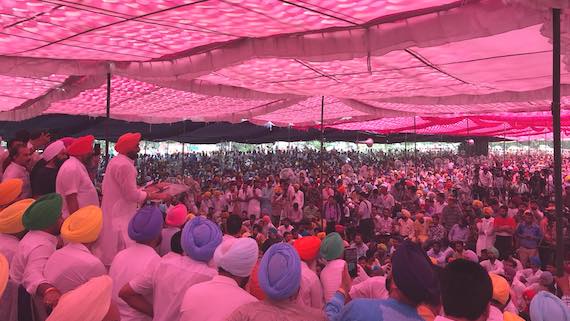 In another resolution it was said that the volunteers convention praises the performance of all AAP MLAs and ‘brave’ and ‘bold’ role played by Sukhpal Singh Khaira as leader of the opposition in state assembly.

In fourth resolution the organisers said that the AAP volunteers unanimously condemn ‘unconstitutional’ removal of Sukhpal Singh Khaira as LoP and announced to remove newly appointed LoP Harpal Singh Cheema. It was further said that new LoP should be appointed with in one week after holding a meeting of party MLAs in Chandigarh.

In last resolutions the organisers of the AAP thanked NRIs for their support.