Sumedh Saini- An instrument of Indian State, Darling of Badals and a Killer cop is Finally Booked: Dal Khalsa

Amritsar: Commenting on registration of FIR against former Punjab DGP Sumedh Saini, pro-freedom Sikh group Dal Khalsa said: “[s]ins of notorious cop SS Saini have come to haunt him after a long period. He has been booked in the abduction and subsequent murder case of Balwant Singh Multani. Multani was a friend of Prof Devinder Pal Singh Bhullar. Not only Multani, Saini killed Prof Bhullar’s father and uncle too after abducting and torturing them”. 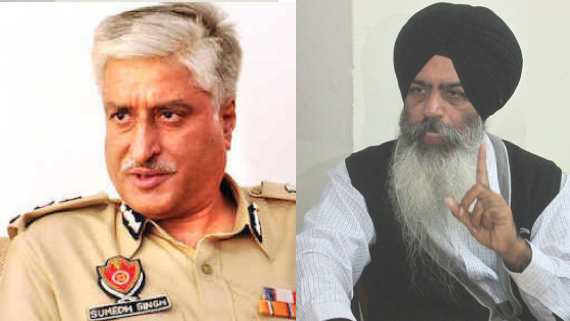 “As a DGP, he is responsible for Behbal Kalan firing in which two Sikhs were killed in 2015. His list is long”, added he.

“The booking of Saini by the present day government is welcome news. However, we must not forget that he was, and is, an instrument of Indian establishment. It will be interesting to see whether the establishment will protect him once again or the law will be allowed to take its own course”, said Kanwar Pal Singh.

The Sikh group said that people of Punjab wish to see him behind bars. The wounds heaped by him are fresh.