Chandigarh: A Fazilka court has summoned Punjab’s Leader of Opposition Sukhpal Singh Khaira along with four others in connection with a drugs case. Sukhpal Singh Khaira was described as the “kingpin” of the drugs smuggling case in the application moved before the court by the Additional Public Prosecutor (APP) of Fazilka seeking summons to the Aam Aadmi Party leader to face trial.

The application, moved by APP Gurbaj Singh on September 21 this year, sought the summoning of Khaira along with four others, including his PA and personal security officer, under Section 319 of the CrPC. Made public by Khaira himself on Wednesday (Nov. 1), the application said that specific role of Sukhpal Khaira was found in the commission of crimes in an ongoing drug smuggling case. The summons were issued on Tuesday. Khaira’s name had come up in the case after the arrest of some drug smugglers by police in Fazilka in 2015. 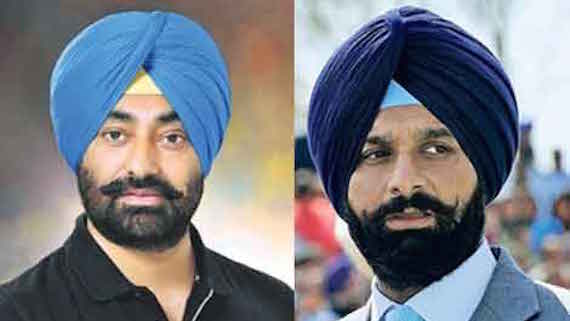 A joint delegation of Shiromani Akali Dal (Badal) and Bhartiya Janta Party (BJP) on Thursday (Nov. 2) submitted a memorandum to the Vidhan Sabha Speaker demanding immediate removal of Sukhpal Khaira from the post of leader of opposition even as it expressed apprehension that the Congress government was not serious about arresting Khaira.

The joint delegation, led by Ajit Singh Kohar and Som Prakash, asked Speaker Rana K P Singh to take take immediate action against Sukhpal Khaira in view of the serious judicial indictment naming him as the king pin of an international gang dealing in drugs as well as arms smuggling.

Briefing newsmen on the issue, SAD leader Bikram Majithia, who himself faces allegations from political opponents of being kingpin of illicit drugs trade in Punjab, said the Speaker agreed with the delegation that Sukhpal Khaira’s deplorable actions were a blot on the image of the august house and assured to look into the matter expeditiously.