Malout: Shiromani Akali Dal Amritsar (Mann) chief and former member of Indian Parliament S. Simranjeet Singh Mann has alleged that various Sikh groups supporting Bhai Satnam Singh Khandewala and other Panj Singhs have entered into a deal with the Aam Aadmi Party. He said that those supporting Panj Singhs were causing confusion about November 10, 2016 gathering at Talwandi Sabo. He was interacting with media-persons at Malout on Saturday. 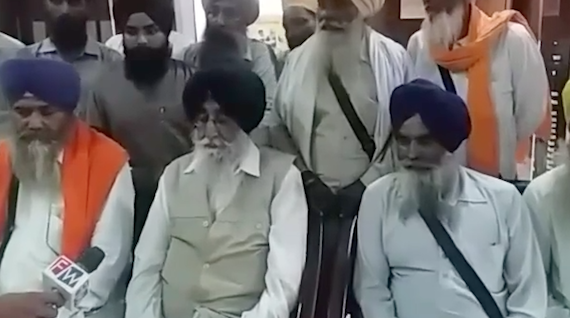 ‘They are focussing on SGPC elections only as they will be supporting the Aam Aadmi Party in upcoming assembly elections’, said S. Mann further maintaining that the groups supporting Panj Singhs want to postpone the ‘Sarbat Khalsa’ in order to avoid harm to the Aam Aadmi Party, Congress party or the Shiromani Akali Dal (Badal).