New Delhi: The Supreme Court of India has reportedly deferred hearing on the issue of Haryana Sikh Gurdwara Management Committee (HSGPC) that was nominated by Bhupinder Singh Hooda led Congress government in Haryana in 2014. 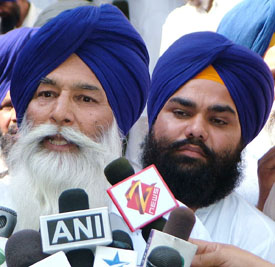 The Supreme Court has fixed September 24 as next date of hearing where as the matter was previously set for hearing on August 7. This matter is pending before chief justice S L Dattu led bench for more than a year.

It may be recalled that a section of Sikhs in Haryana were demanding a separate Gurdwara management committee for past few years. The committee was formed by last Congress government in Haryana after the state assembly passed a legislation in this regard.