Chandigarh: Punjab’s education minister Surjit Singh Rakhra today came to the defence of Badal family saying that there was no molestation incident behind death of a 13-year-old passenger of Orbit Bus. He said that it was an accident.

It is notable that a 13 years old girl named Arshdeep Kaur was molested in a bus belonging to Orbit Aviation company. She was pushed out of moving bus along with her mother (Shinder Kaur) as they were protesting against molestation bids. While the girl died on the spot her mother was seriously injured. 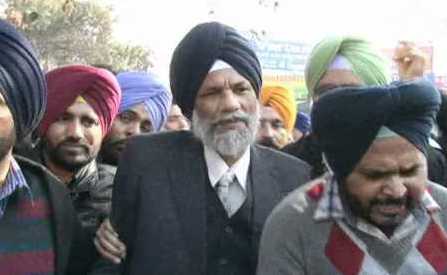 While referring to the incident Surjit Singh Rakhra today said that “Nobody can stop accidents. Whatever happens that happens by God’s will”.

“We will take precautions in future but we can’t stand in front of nature, whether it’s accident or any other thing,” he added for good measure.

Rakhra denies to have made the statement:

Surprisingly Rakhra later said that he never made any such statement. Though he spoke to television reporters and his statements were broadcast across channels, the minister denied having ever made the statement when he was reportedly contacted by “Times Now” news channel.

Joginder Pal Jain, a MLA with the Shiromani Akali Dal, defended the Badals saying that they had taken the issue very seriously.

“The crime was committed by the driver,under which law is owner of the company responsible for the crime?” Jain reportedly told a news agency.

“Jitni parmaatma ne usko shwaas diye hain, wo usne bhog liye hain. Uske baad to uski takleef usko sehen karni pdegi (A man can utilise as many breaths as the Lord has given him. After that he will have to bear whatever suffering he faces),” he philosophically stated.

All attempts by the state authorities to persuade the bereaved family to cremate the deceased Arshdeep Kaur’s body proved futile.

Though TV channels showed a letter purported to be carrying the thumb impression of the deceased’s father endorsing the action taken by the police so far, the family was not ready to perform the last rites till the time the owners of the bus were booked.

Sukhdev Singh later told TV channels he had put the thumb impression without being explained the contents of the document.