Senior advocates appearing on behalf of the Punjab government pleaded that the opinion of the Supreme Court, therefore, did not operate to strike down the Punjab Act of 2004, which continued to be good law and remained very much alive in the statute book. Voluminous case law comprising Supreme Court judgements was submitted in this regard to the Bench. 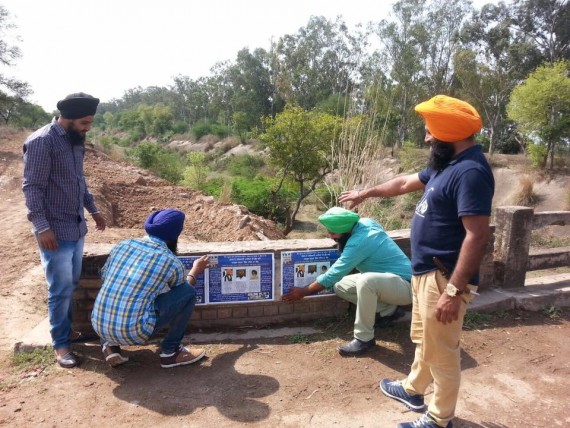 It was also pleaded that Centre had taken no decision whatsoever on Punjab’s complaint to set up a Water Tribunal, which had been submitted to the Government of India as far back as 2003, in view of the significantly decreased availability of water.

However, the Punjab government also stated that “the opinion of the Supreme Court on the Presidential Reference regarding the Punjab Termination of Water Agreements Act, 2004 was no doubt relevant and had to be accorded high weightage and respect”.

As per a press release by the Punjab government: [a]fter hearing the plea of Punjab argued by the the Senior Advocate Mr R.S. Suri, the Bench adjourned the case and fixed the matter for 28th March, 2017 to hear arguments on the preliminary and fundamental issue regarding applicability of the Supreme Court’s opinion in the Presidential Reference in relation to the current execution proceedings and whether it was binding on all the parties in the current litigation.