Hoshiarpur: Taking a serious note of the growing water crisis in the state of Punjab, youth body Sikh Youth of Punjab (SYP) has announced to organize a conference at Hoshiarpur on August 3.

The conference will serve as a platform for the young intellectuals and subject experts to share their political, legal and economic understanding on the issue of river waters and groundwater crisis in Punjab.

The conference will deliberate upon the water crisis in Punjab and its effects and to formulate the role of the youth in addressing the problem. The decision was taken a meeting of SYP office bearers held under party president Paramjeet Singh Mand here today. 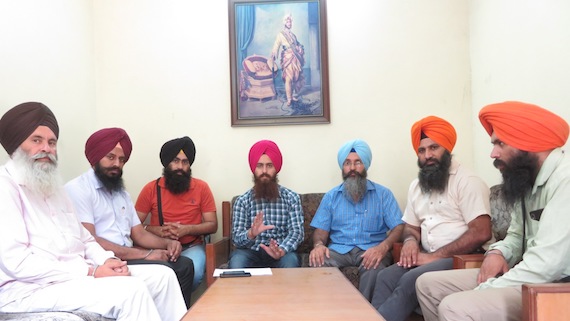 Attempts are being made to make Punjab a desert under a conspiracy. On one hand, the river waters of Punjab are being looted by non-Riparian states, which is totally illegal and unconstitutional. On the other hand, a number of canals of Punjab are set to dry and the farmers are being forced to extract groundwater to meet their farming needs which results into the groundwater depletion said party president.

The SYP leader pointed out that making of “Indira Gandhi canal” popularly known as ‘Rajasthan Canal’ was one of the biggest fraud played with Punjab by the then Indian government which is taking more than half of the total water of Punjab rivers to Rajasthan.

Due to the continued loot of Punjab river waters and misuse of groundwater, the water table has fallen down to an alarming extent. One can easily estimate that if the preventive measures are not taken on time, Punjab will gradually be converted into a desert, he observed.

He appealed to the people of Punjab to organize to protect and preserve their only natural resource water, so as to prevent their future generations from starvation and drought.