Jalandhar: Reasserting that Guru Teg Bahadur was in fact ‘dharam di chadar’ (cover for religion) and not “Hind-di-chadar”, the Sikh Youth of Punjab (SYP) urged the Sikh Diaspora in particular and citizens of India in general to observe the martyrdom day of Guru Teg Bahadur as ‘Human Rights and Religious Freedom’ day on Nov 24.

Asking the Union government to correct all errors and misgivings about Sikh Gurus from the books published by the NCERT, Paramjit Singh Tanda and Paramjit Singh Mand, the senior activists of the youth wing of the Dal Khalsa, said the Guru attained martyrdom to protect the oppressed class irrespective of their religion and caste. 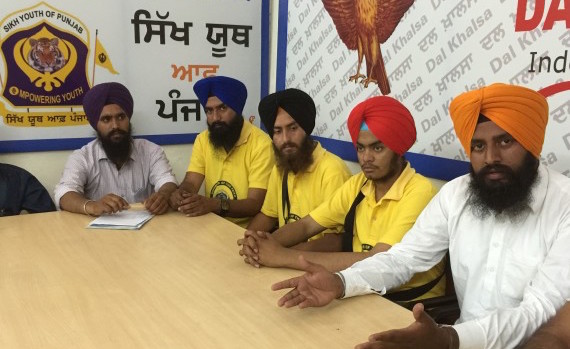 It was around a century before the popular quotation attributed to French writer and philosopher Voltaire, “I disapprove of what you say, but I will defend to the death your right to say it”, that the ninth Guru demonstrated it literally.

They said most of the Sikh history has been either written by non-Sikhs or under the influence of ruling elite. They urged the Sikh thinkers, intellectuals and historians to rewrite their history free from outside influence.