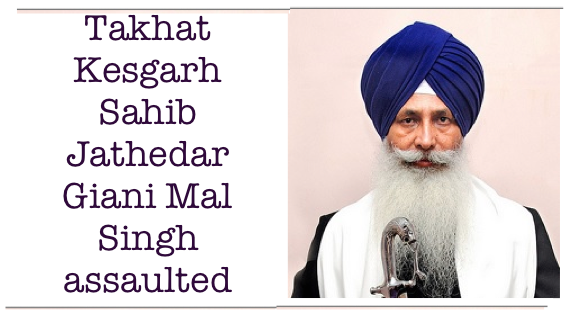 The Nihang was, however, overpowered by those accompanying Giani Mal Singh, who escaped unhurt in this assault. The assaulter was reportedly handed over to the police.

The motive of assault was not known. The police is reportedly investigating the matter. More details were awaited at the time of writing this news.