Chandigarh: As per the media reports Takht Patna Sahib, Giani Iqbal Singh, will not attend a convention being organised by the Rashtriya Sikh Sangat in New Delhi on Wednesday, after the highest temporal seat Shri Akal Takht Sahib reiterated  its hukamnama (edict) to not engage with the Sikh wing of the Rashtriya Swayamsewak Sangh. 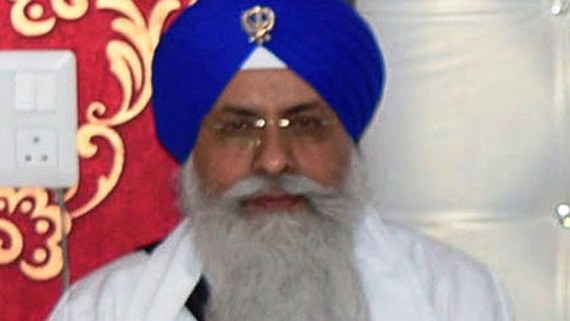 The convention is being organised on the pretext of 350th Prakash Purab of Guru Gobind Singh Ji in which the RSS will try to dub the Sikh Gurus as Indian Nationalists and savior of Sanatan Dharma rather then of humanity as a whole.

Giani Iqbal Singh purportedly declined from attending the Rashtriya Sikh Sangat’s event after SGPC backed Jathedar Giani Gurbachan Singh repeated the relevance of the 2004 hukamnama (edict), who on Monday called upon Sikhs to boycott the function after several organisations protested the RSS’s agenda to subsume Sikhism into the Hindu identity, media reports said.

Giani Gurbachan specifically asked Sikhs to abide by a hukamnama (edict) of July 2004 by the Takht that had asked Sikhs not to support the Sangat’s march on completion of 400 years of Guru Granth Sahib Ji.

Management, has prevailed upon Giani Iqbal Singh, who heads one of the five Sikh temporal seats, not to attend the function, said Sikh Sangat’s  chief Gurcharan Singh Gill published in Hindustan Times (HT).

It is learned that the program is scheduled to start at around 5 PM in the evening. Meanwhile, Sikh Sangat of Delhi is holding a protest march against RSS offshoot Rashtriya Sikh Sangat from Gurdwara Rakab Ganj Sahib to Taal Katora Stadium, New Delhi.