Amritsar: A number of preachers associated with “Taksal” on Monday raised questions over the ‘Sikh Rehat Maryada’, published by the Shiromani Gurdwara Parbandhak Committee (SGPC).

Addressing a press conference, former Damdami Taksal leaders claimed that the ‘maryada’ was never approved by the Akal Takht Sahib or by the general house of the SGPC. 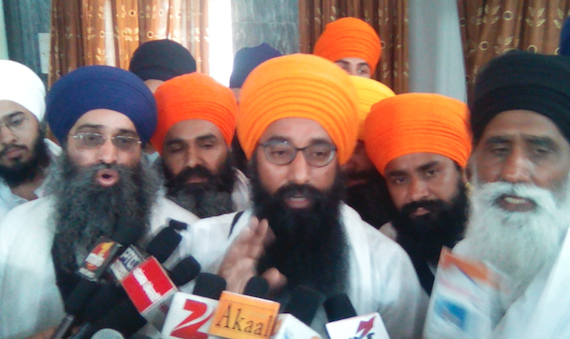 “By using the name of the Akal Takht, these people are misleading the kaum (community) to malign the image of various Sikh sects,” they claimed.

They maintained that it was a mere ‘draft’ of the Sikh Rehat Maryada.

It is notable that the Sikh Rehat Maryada is a widely accepted and acknowledged document that is being followed globally by Sikhs and Sikh Gurdwaras not directly affiliated by any of Sikh ‘deras’ that have their different codes.