Teacher Who Objected to Sikh Student’s Turban Removed From Duty

Madhya Pradesh: As per reports, a Class XII Sikh student was allegedly forced to remove his turban during a security check before appearing for an exam at a school in Madhya Pradesh’s Dhar district.

The State government has launched a probe into the matter and the woman teacher, who asked the student to remove his turban, has been removed from the examination duty, an official said on Tuesday. 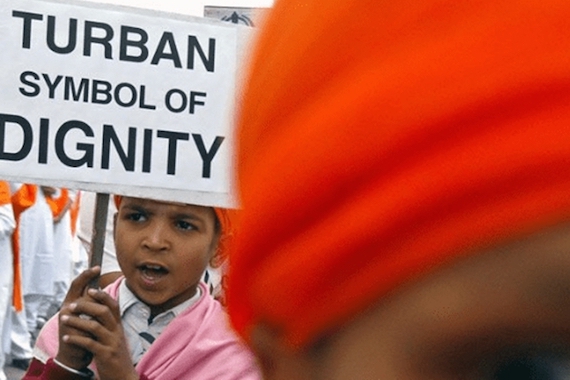 The incident took place on Monday when the student was appearing for an examination at a centre set up at the Government Girls School in Dhamnod, notes a report in The Hindu.

Turban or Dastar is an essential part of Sikh identity, therefore forcing someone to remove turban is seen as an offensive and unacceptable act. There was widespread criticism and condemnation of the Dhar incident. Sikh bodies have been demanding strict action against the guilty teacher who had forced Sikh student to remove his turban for appearing in the examination.