Melbourne: To commemorate the anniversary of the November 1984 Sikh Genocide and to spread awareness about the genocidal massacres of Sikhs in India amongst the Australian masses, a local Sikh body named Supreme Sikh Council took out the annual remembrance march in the memory of innocent Sikhs murdered during first week of November 1984. 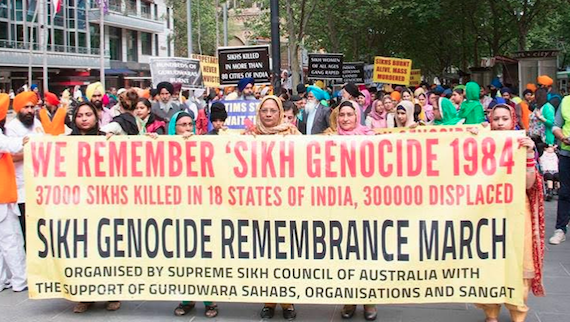 A view of Sikh Genocide 1984 Remembrance March in Melbourne

Members of the Sikh community in Melbourne gathered in their thousands to pay tribute to their fallen brethren. The march that embarked from the City Square covering key areas of the city concluded at Flagstaff Garden where the invited speakers addressed the Sikh Sangat. 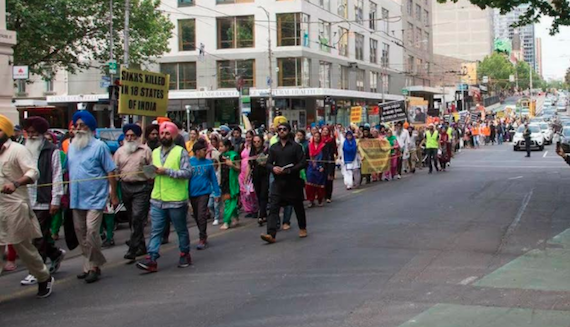 Another view of Sikh Genocide 1984 Remembrance March in Melbourne

Harpinder Singh along with Guruprabhajot Singh Dakha recited poems in the memory of the victims. Two separate plays were also organised by the ‘’Australian Multicultural Theatre’’.

The theme of the first play was that of Sikh Genocide 1984 while the other play was on the issue of the Punjab river waters. These plays were directed by Happy Ramgarhia of the ‘’Ramgarhia Production’’. 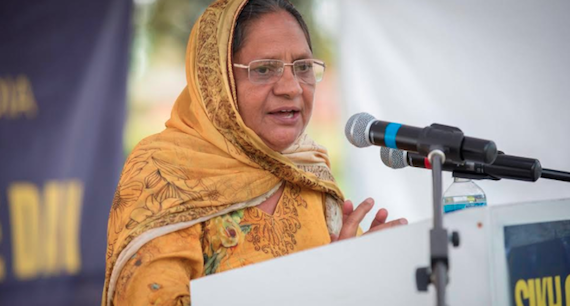 She also made an appeal to the Sikh Sangat that they should pressurise the representatives of their respective constituencies in Punjab to make Punjab river water, Sikh Genocide 1984, systematic and widespread human rights violations in Punjab (1980s-90s) – including extra-judicial killings, fake encounters, enforced disappearances – core election issues for the upcoming Punjab state assembly elections in 2017.

On this occasion a British woman Louis Raidal also shared her thoughts on the Sikh Genocide of 1984. Due to on going Federal Parliament session, the Australian MPs were not able to participate in this event, but conveyed their sympathies for the Sikh community through written messages.

Secretary of the Supreme Sikh Council of Australia Harkirat Singh Ajnoha conducted the stage proceedings and made the Sikh Sangat aware of the initiatives being taken to get the Sikh Genocide of 1984 recognised in the Federal Parliament of Australia.