A large samagam was held at sports stadium of Bargari village that was attended by around thirty-five thousand Sikhs. Sikh religious and political personalities participated in this samagam that was also attended by leaders of some of Punjab’s political parties. 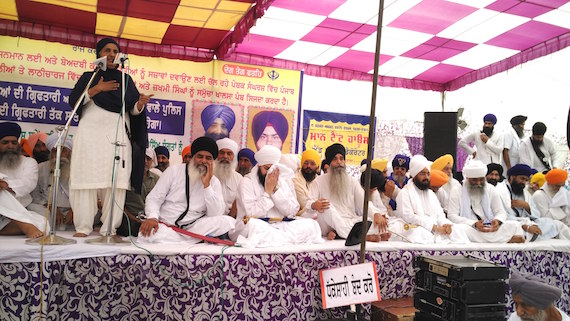 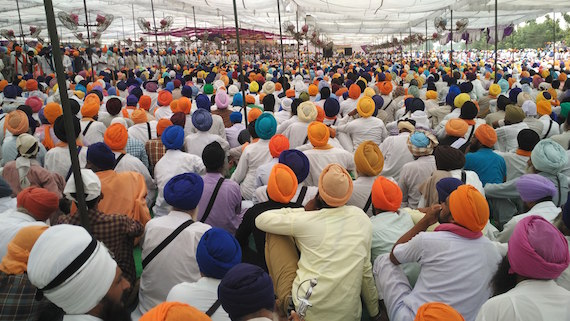 A view of Sangat at Bargari

The stage proceedings were conducted by Bhai Baljit Singh Daduwal who also read out eight of the nine resolutions adopted during the samgam.

In second resolution the Sikh sangat was urged to hold Akhand Path Sahib at village, town and city level from October 27 to 29.

Third resolution called upon people to host protest demonstrations from 12 to 3 pm on November 3. It further read that the people should hold black flags and line up on both sides of roads without blocking the traffic. 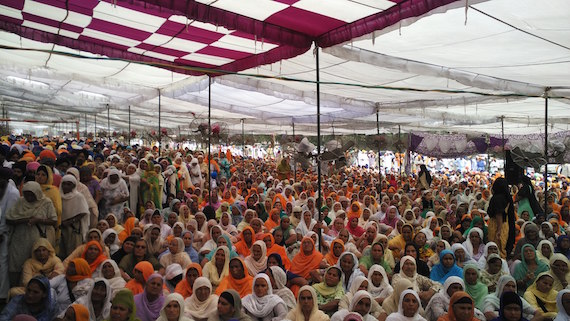 Another view of Sangat at Bargari

In fourth resolution the Sangat was urged to mark the Diwali festival as “black Diwali” to protest against beadbi of Guru Granth Sahib and killing of Sikhs by the Punjab police. The resolution urged the Sikh masses to not to light lamps on Diwali and host black flags as a token of their protest.

Seventh resolution condemned the suspension of SGPC by the Supreme Court of India and said that elections of the SGPC should be held at the earliest possible.

In ninth resolution, read out by Jaskaran Singh Kahan Singh Wala, a waring was issued to the Punjab government to arrest accused of Beabdi cases and release Rupinder Singh and Jaswinder Singh after withdrawing false case registered against them by 15 November. It further said that if the Punjab government failed to to so, then Sikh masses should start surrounding Badal Dal’s MP, MLAs and SGPC members.