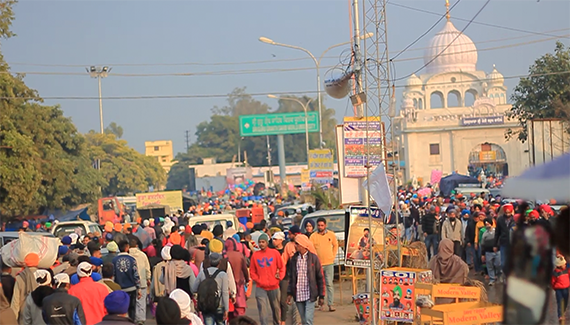 Sikhs in large numbers from around the world pay homage to these great martyrs at the Gurdwara Fatehgarh Sahib and Gurudwara Jyoti Sarup.

Sahibzadas, Zorawar Singh and Fateh Singh were bricked alive at the age of 9 and 7 years by the orders of Wazir Khan, Governor of Sirhind in December 1705 AD during Aurangzeb’s era. Mata Gujri Ji (The Mother of Sri Guru Gobind Singh ji and Grand Mother of Sahibzadas) attained martyrdom the same day at Thanda Burj where they were kept before being martyred. Akhand path started today at Jyoti Saroop sahib the place where they were cremated.

The Shaheedi Sabha shall conclude with Nagar Kirtan from Gurudwara Fatehgarh Sahib to Gurudwara Jyoti Saroop on 27th of December.