Party spokesperson Kanwar Pal Singh said it’s strange that heads of both the institutions were showing other in poor light while claiming that they were following dicktat’s of Sukhbir Singh Badal, who by proxy has been calling the shots be it in religious or political sphere of Sikhs. “It’s ironic that the person who has made all prestigious institutions of Sikhs subservient to his politics has scan respect for Sikh principles, ideology and  values. 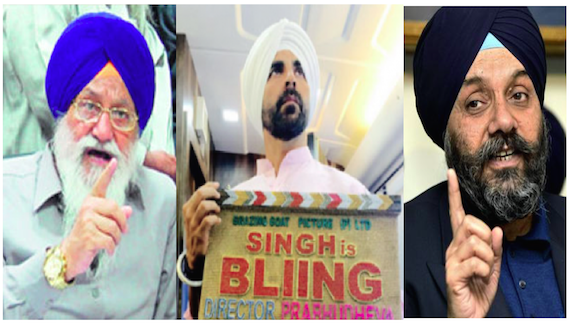 The tone and tenor of statements issued against each other by both Jathedar Avtar Singh Makkar and Manjit Singh GK on “Singh is bling film row” shows that they lack maturity and wisdom. He blamed Badals for creating bad blood between both the institutions by pitting their heads against each other.

He said the statement of Sikh Students Federation (Mehta) leader Paramjit Singh Khalsa also assumes significance as he had lashed out at Badals for reducing the Jathedar of Akal Takhat and SGPC head as their puppets. Paramjit has also accused Badals for floating SOI to cut the Federation into size.”Till date, Paramjit Khalsa is protege of Rajinder Singh Mehta, who is executive member of SGPC and close to Senior Badal. What prompted Paramjit to speak against Badals would be interested to find out”, said he.

He observed that the internal situation within the community was dismal and there was total chaos and mistrust against religious and political leadership.