Ludhiana: Bhai Bhupinder Singh Dhakkiwale, who was killed by attackers during murderous attack on Bhai Ranjit Singh Dhadrianwale’s conclave on Tuesday (May 17) was cremated at Khasi Kalan village in Ludhiana district amid tight security on Wednesday. 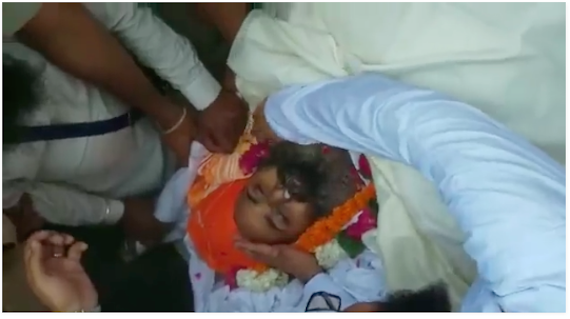 Talking to reporters after the cremation, Bhai Ranjit Sindh Dhadrianwale said he had no idea who was behind the attack, adding that he was hopeful that police will solve the case soon.

The autopsy of Bhai Bhupinder Singh Dhakkiwale was held at the Ludhiana civil hospital.

According to the postmortem report, two bullets pierced through Bhupinder’s head. One of the bullets hit him just above the neck and pierced the skull. The second bullet injury was near his left ear.