San Jose, CA (May 29, 2015): Six California congressional representatives issued a letter to United States Secretary of State John Kerry on Friday asking him to take up the cause of Surat Singh Khalsa, a U.S permanent resident on a hunger-strike in Punjab, India since January 16.

“We are seriously concerned about the repressive actions that have been taken against him for continuing to peacefully exercise his right to free speech,” says the letter initiated by Congresswoman Zoe Lofgren and joined by Representatives Anna Eshoo, Mike Honda, Tom McClintock, Jerry McNerney, and Eric Swalwell. Khalsa is “on a hunger-strike protesting for political prisoners in India who have completed their sentences but have not been released.” Lofgren’s office began the letter after a May 13 visit by a delegation that included her constituent and Khalsa’s daughter, Devinderdeep Kaur. 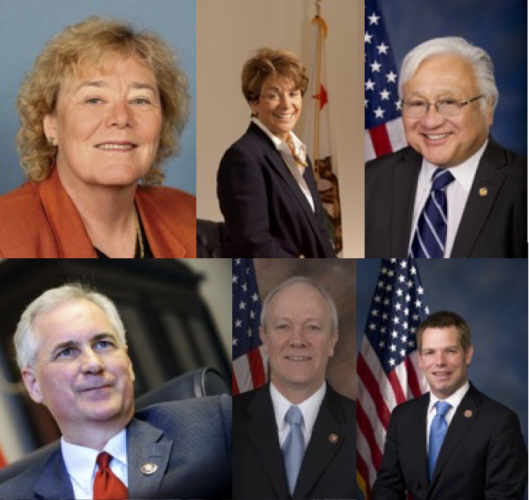 The representatives wrote: “Mr. Khalsa immigrated to the United States in 1988 to seek refuge from the religious and political persecution he suffered as a result of peacefully protesting against the 1984 Sikh massacre.” Ending in November 1984, the massacre involved an Indian military invasion of the biggest Sikh gurdwara as well as the decimation of Sikhs in New Delhi. In April, California became the first state or national government in the world to formally recognize the genocide when the Legislature passed ACR 34, declaring: “Government and law enforcement officials organized, participated in, and failed to intervene to prevent the killings through direct and indirect means.”

Khalsa wrote an open letter to Indian Prime Minister Narendra Modi on February 11 noting, “I will always remember the death dance of India in November 1984, and I cry my heart out recalling the killing of thousands of Sikh youth in Punjab, and I am disturbed at the continuous imprisonment of individuals who have finished their long prison terms.”

Khalsa and his son, Ravinder Singh (a U.S. citizen), were arrested on February 26 and detained for two months under an ordinance allowing detention of those suspected of “disturbing the peace” — Gogi was held in jail and Khalsa in a militarized wing of a hospital, where he was force-fed for 56 days. The letter to Secretary Kerry states: “The existence and use of these laws, which India has used to restrict freedom of expression and association, is contrary to democratic principles, and specifically to the International Covenant on Civil and Political Rights which India has ratified.”

Criticizing the Indian government, the letter continues: “We are deeply troubled by several developments in their case. Mr. Singh reported that when he was arrested, police threatened him with false murder charges if he did not try to persuade his father to end his hunger-strike. Family members in the U.S. made us aware that the father and son were physically abused and beaten while in prison.”

Khalsa remains under government surveillance in Punjab, and the letter requests Kerry to “monitor Mr. Khalsa’s situation and urge the Indian government to immediately release Mr. Khalsa from house arrest on medical grounds.” Advocating for Indian political prisoners, the representatives appeal: “We also request that you urge the Indian government to abide by its international human rights commitments under international law and ensure that these rights are safeguarded for political prisoners and all citizens in India.”

Bhajan Singh, the founding director of the Organization for Minorities of India who spearheaded congressional efforts in cooperation with Khalsa’s family, remarks: “When oppressed minorities speak with one voice, those in power listen. We thank the family for their courage, and the hard work of the Sikh, Christian, and Muslim communities. This is a call to defend the liberties of the Mulnivasi Sangh of India.” 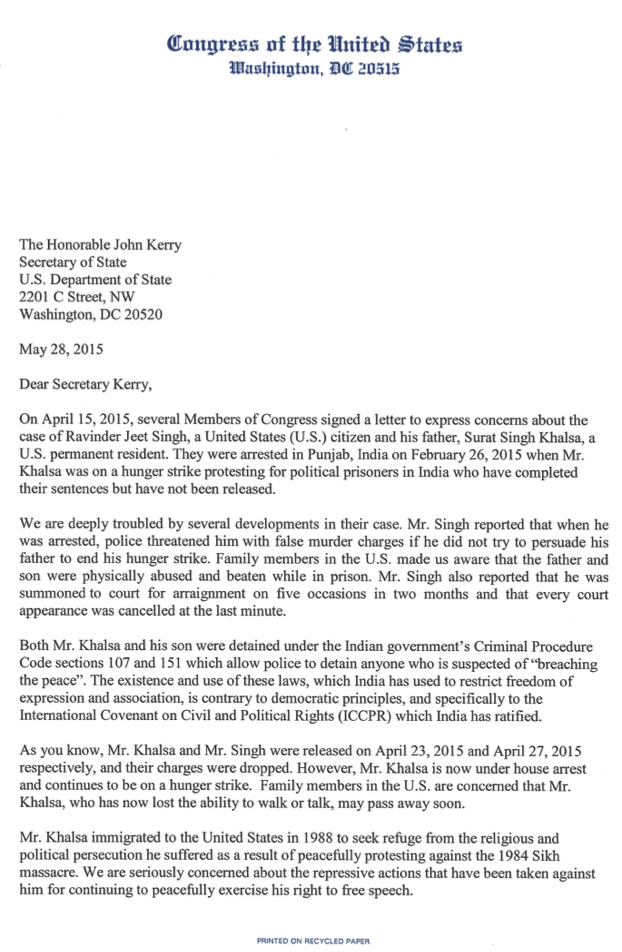 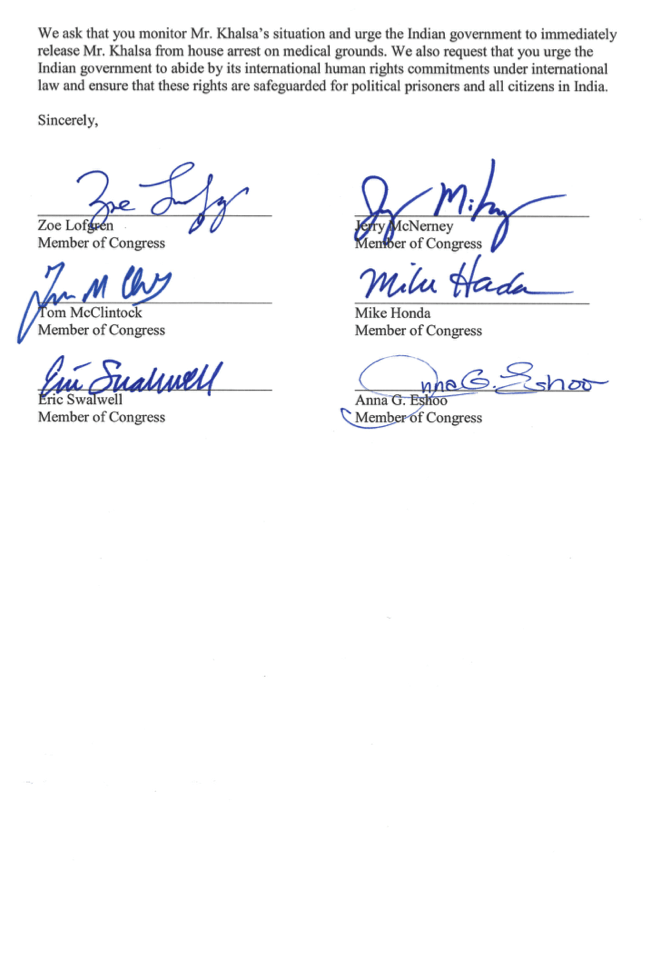