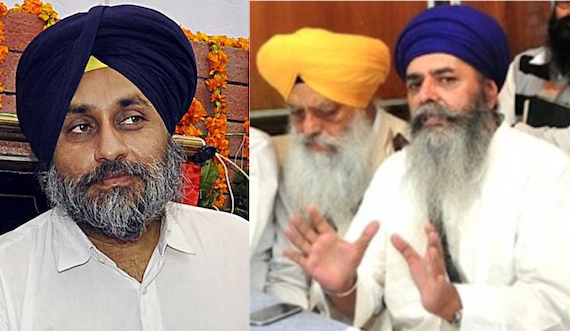 The meeting remained inconclusive as both side failed to find solution to the issue that which “jathedar” would address the Sikh nation from Akal Takht Sahib on 6 June. It is notable that UAD and SAD Mann have announced that Bhai Dhian Singh Mand, who was appointed as Jathedar of Akal Takht Sahib during Sarbat Khalsa 2015 will hold his address on 6 June. But SAD (Badal) and SGPC have not recognised the appointment of Bhai Mand and these bodies back Giani Gurbachan Singh as Jathedar of Akal Takht Sahib, who was appointed by the SGPC.

Prof. Mahinderpal Singh told Sikh Siyasat News (SSN) over phone that the committee members had ‘conveyed their concerns’ to the Deputy CM who said that he will have to discuss the issue with the CM. “Sukhbir Badal told us that he would let us know about the government’s decision by 11 am on Saturday (June 04)”, he added.

Notably, Bhai Dhian Singh Mand who was detained by Ferozepur police on June 02 was put under house detention by the police after UAD and Mann Dal leaders raised objection against police detention of Bhai Mand with Sukhbir Badal.