Chandigarh: The University Grants Commission (UGC) seems more concerned about propagating pseudo nationalism than the high education itself. In yet another controversial order the UGC has asked Universities and Colleges to “celebrate” what it calls the “Surgical Strike Day” on September 29 to mark Indian army’s claimed attack on the other side of line of control in Kashmir region.

It is learnt that the UGC has written to the Vice-Chancellors of all universities in this regard. The letter also desires that students pledge their support for the armed forces in writing that day. 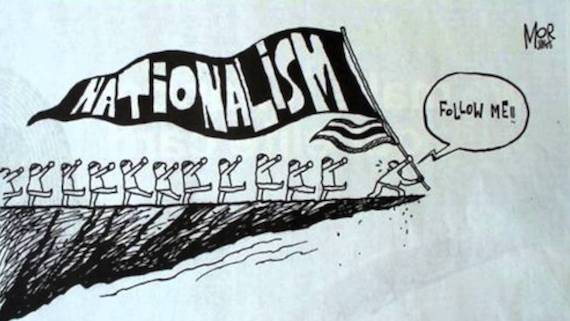 “All higher education institutions with NCC units shall organise a special parade on 29th September, after which the NCC commander shall address them on the modalities of protection of the borders” a quote from UGC letter as published by The Hindu reads. “The university/colleges may organise a meeting, calling ex-servicemen who will sensitise the students about the sacrifices made by the armed forces in protecting the borders.”

The Sikh Siyasat News (SSN) tired to find the copy of letter from the UGC website but it was found that the letter was not available. UGC website url “https://www.ugc.ac.in/ugc_notices.aspx?id=2135” shows that a notice regarding “Observance of Surgical Strike Day” was published on 20-09-2018. But when the hyperlinked url (https://www.ugc.ac.in/0726695_UGC-Letter-Surgical-Strike-29-09-18.pdf) is followed it shows error: “We will be back shortly, We are undergoing maintenance !!! The requested page or resource was not found. we apologize for inconvenience“.

Certain academicians have already expressed disagreement with UGC’s idea of taking a pledge of nationalism from the people.

“This is typically the BJP trying to project themselves as the nationalists. They have this great deficit of not being part of the national movement. Now they are trying to force it on people and militarise campuses. They wanted to install tanks in JNU and if we oppose it they will call us anti-national,” Historian Aditya Mukherjee of JNU reportedly said.