The #MakeSikhsCount2021 campaign was announced after the Census White Paper was published last Friday.

On Wednesday Preet Kaur Gill MP, the Chair of the All Party Parliamentary Group (APPG) for British Sikhs raised the issue with Chloe Smith, the Cabinet Office Minister on the floor of the House of Commons. 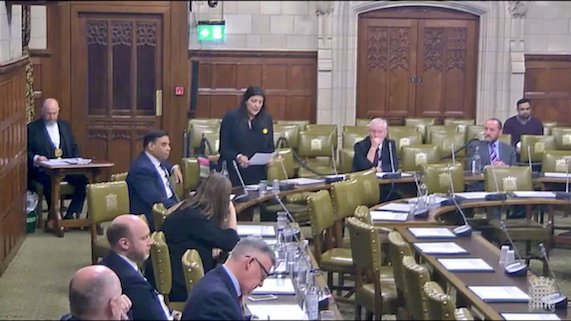 The response of MPs on all sides would have underlined with the Cabinet Office Minister that there is considerable support for the Sikh community on this issue and no MP is prepared to oppose the hard-fought legal status of Sikhs as an ethnic group established 35 years ago and support racial discrimination against Sikhs.

The question was “how many and what proportion of the Sikh population would not accept an additional speciﬁc response option to the 2021 Census ethnic group question.”

The Census White Paper published last Friday following at least five years of consultation, testing, evidence collection and research by the ONS stated a Sikh ethnic tick box would not be acceptable to a “proportion” of the Sikh population.

This was the main reason ONS and the UK Statistics Authority gave for not granting a Sikh ethnic tick box.

However, in a shock admission the National Statistician has admitted less than a week after the White Paper was published that they would have to undertake additional analysis to answer the question.

“However, the National Statistician when asked to simply state “how many or what proportion” of Sikhs would find it unacceptable for there to be a Sikh ethnic tick box he has admitted he must undertake further work to answer the question.”

“This suggests a key assertion has been made by the ONS and UK Statistics Authority to Ministers several months ago and in the White Paper with nothing to back it up. No hard facts or numbers let alone evidence.”

”At this rate the reputation of the ONS as an independent body making decisions based on evidence will lie is tatters.”

“ONS has however ignored its own evidence from the Census 2011 when over 83,000 protested and ignored the existing ethnic group categories, ticked ‘other’ and wrote Sikh.”

“ONS has also deliberately overlooked its own official consultation on the matter in 2015 and 2016 and not mentioned this in the White Paper.”

“In those consultations all Sikh organisations, like the Sikh Federation (UK), The Sikh Network and the Sikh Council (UK) that responded supported the need for a Sikh ethnic tick box. In addition, stakeholders working in different sectors like health, education and local government that responded on a Sikh ethnic tick box also supported the demand.”

“ONS know there was not a single response to their official consultations in 2015 and 2016 that opposed a Sikh ethnic tick box.”

“We are confident Cabinet Office Ministers will see common sense after listening to MPs from all sides that will expose the failings of the ONS that may have been influenced by other interests.”