London, UK: Earlier today in debate in Parliament it was confirmed that the Home Secretary is to lift the ban on the International Sikh Youth Federation (ISYF). John Spellar, the Labour MP for Warley said in Parliament: I draw the House’s attention to the excellent news that the Home Secretary has agreed to withdraw from legal action and will now lift the ban on the International Sikh Youth Federation, which is a very welcome Christmas present for the Sikh community. Will the Leader of the House urge her to lay before Parliament the necessary order as soon as possible so that it can be voted through speedily by both Houses?

A number of MPs were heard saying ‘hear, hear’. Chris Grayling, the Leader of the House responded by saying: ‘I will certainly do that.’ 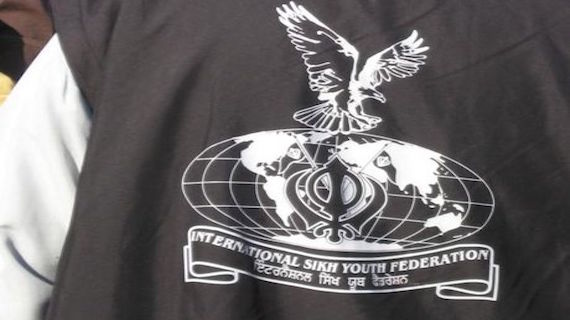 The Sikh Federation (UK) applied for the ban to be lifted in February this year, followed by a legal challenge against the Home Secretary for refusing to lift the ban. Following a directions hearing with the Proscribed Organisations Appeal Commission (POAC) in October 2015 the Home Secretary was given until Monday 14 December to provide her reasons for the ban followed by various submissions and hearings over the next eight months.

On Monday 14 December leading lawyers Bindmans LLP who represented the Sikh Federation (UK) received the following notification: ‘I am instructed to inform you that the Secretary of State has decided not to defend this appeal further. A draft order will be laid before Parliament removing the organisation from the list of proscribed organisations as soon as practicable. As you will no doubt be aware, the Order is subject to the affirmative resolution procedure so must be voted for by both the House of Commons and the House of Lords. The ISYF will only cease to be a proscribed organisation once that process has taken place.’

The Home Secretary is expected to lay the draft order before Parliament when the House returns in January and debates will then need to take place in the Commons and Lords during a 28-day period before the ban is lifted around mid-February.

Bhai Amrik Singh, the Chair of the Sikh Federation (UK) said: “The Home Secretary has shown courage in making this decision despite the inevitable pressure from the Indian authorities and so close after the attack in Paris. However, it also shows there was no case against the ISYF that would stand up to legal scrutiny.”

Jamie Potter, Partner in the Public Law and Human Rights department at Bindmans LLP, who acted for applicants seeking de-proscription, said: “The decision of the Home Secretary to seek the de-prospection of the International Sikh Youth Federation is most welcome. However, it remains unknown why the decision could not have been made much sooner. Representatives of the Sikh Federation (UK) sought de-proscription in February. After considerable delay that application was refused, forcing them to commence formal legal proceedings. Only on the day that the Home Secretary was required to justify her position, did she agree to seek de-proscription. It is unclear what had changed since February.”

In March 2001 many politicians concluded the UK Government was under intense pressure from the Indian authorities and controversially banned the ISYF. At that time the ISYF existed in a number of other countries, but was banned only in the UK. The bans in India and Canada came later after a shift in thinking following 9/11. The decision in the UK is likely to call into question the continued ban of the ISYF in Canada.

What surprised Sikhs most across the globe about the ban in the UK in 2001 was its timing. The ban was being imposed almost 10 years after the Indian authorities claimed to have ended the armed uprising of Sikhs in Punjab. During lobbying at that time and in the months that followed politicians confirmed the ban was almost certainly to appease the Indian authorities to try and silence the Sikh voice of protest abroad and calls for an independent Sikh homeland, Khalistan.

Bhai Amrik Singh said: “We challenged the decision in 2001 via a legal challenge that lasted nearly two and a half years. Legal advice at that time was it was impossible for any organisation to have the ban lifted. Following considerable political lobbying a decision was made to set up the Sikh Federation (UK) in September 2003 that popularly became known as the first and only Sikh political party in the UK.”

“We have continued to campaign on a wide range of issues in the last twelve years, knowing the Indian authorities have at various times called for the Sikh Federation (UK) to also be banned as we continue to highlight atrocities by the Indian State, call for justice and the establishment of an independent Sikh homeland, Khalistan. To the credit of UK politicians from across the political spectrum they have defended our right to express our views and lobby for legitimate political demands. We have won much respect from politicians and the community for our work.”

“The real story still to be told is how the India Government has been able to put pressure on governments abroad to try and deny basic rights to the minority Sikh community from raising its voice of opposition to atrocities in India.”

“The lifting of the ban of the ISYF is a victory for human rights and common sense and a slap in the face for the Indian regime that has created a culture on impunity for those committing human rights violations including genocide, torture, disappearances, fake encounters and extra-judicial killings.’

The Sikh Federation (UK) has led the way in asking the UK Government questions following the revelations in January 2014 under the 30-year rule about UK military assistance to the Indian authorities to attack Sri Harmandir Sahib (often referred to as the Golden Temple Complex) in June 1984. It is currently piecing together through a researcher an interesting picture since the mid-1980s of the Indian intelligence operating in the UK working not only with agencies in the UK, but also using agents and infiltrators from within the Sikh community who could face criminal prosecution for espionage or expulsion.