London: As per the media reports emanating from United Kingdom (UK), the British Prime Minister Theresa May here on Monday while speaking over ongoing controversial case in which Scottish Citizen Jagtar Singh Jaggi has been indicted by the Punjab Police has said that her government is fully aware of concerns about Jagtar Singh Jaggi and the UK government will take necessary action if needed. 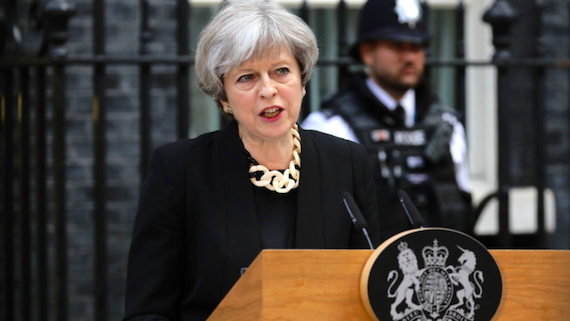 In an interview with BBC Prime Minister Theresa May when asked regarding the international outcry that followed over the allegation made by Jagtar Singh Johal that he is being tortured whilst in Police custody stated, ““I am aware of the concerns expressed for Jagtar Singh Johal. Representatives from the foreign commonwealth office have met with Jagtar Singh Johal and obviously looking at the case and pursuing the case with concern and will take action if necessary “

Glad to hear that @Number10gov is aware will be asking for a meeting so Jagtars family can advise the PM fully #FreeJaggiNow https://t.co/BHqDfT6Exy

Reacting to PM’s statement on Jagtar Singh Jaggi’s case the Member Parliament from his hometown West Dunbartonshire Martin Docherty over micro blogging site twitter said ” glad to here @Number10gov is aware, will be asking for a meeting so Jagtars family can advise the PM fully”.

Furthermore, Martin Docherty has shot off a letter to Prime Minister Theresa May in which he has requested an appointment with PM along with the family members of Jagtar Singh Johal so that further a breakthrough can be made in the on going campaign to free Jagtar Singh Jaggi.

My letter to @Number10gov seeking a meeting with #PM & #Jagtar family to discuss #FreeJaggiNow @SikhFedUK pic.twitter.com/jIXrhL6H3r