London: Following the EU Referendum decision to leave the EU what is immediately required in the interests of Britain is economic and political stability to reassure markets. The financial and housing markets have already seen some large shocks.

Hence we welcome Prime Minister David Cameron’s decision to move very quickly to announce there needs to be new leadership to negotiate the exit of the UK from the EU. He will step down in October and said it will be the new Prime Minister who will decide when to trigger Article 50 and two years of negotiation that will almost certainly result in major long term consequences. However, there is expected to be pressure from the EU that Article 50 needs to be triggered sooner rather than later to prevent months of uncertainty and prevent calls for similar moves in other EU countries. 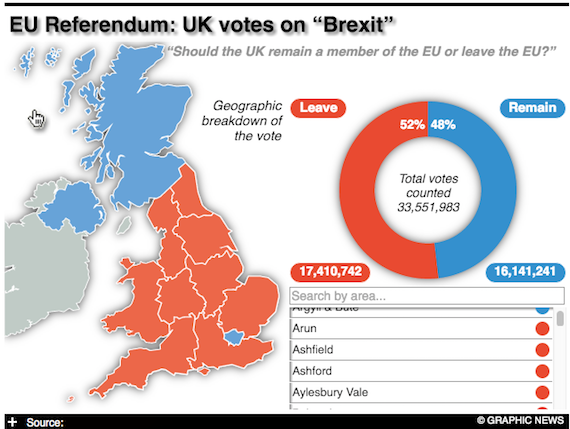 The new Conservative leader will automatically become Prime Minister, because he or she will have the support of Conservative MPs in the House of Commons. The next Prime Minister working with other politicians will face a huge challenge in not only the EU negotiations, but also to address the deep divisions that have become apparent during the referendum and reflected in the results. Strong feelings and fears exist around immigration and political leaders will need to stabilise the economic situation and address concerns around integration, social harmony and security.

There are also significant rumblings in the Labour Party. Jeremy Corbyn is being roundly criticised for not doing enough about why Britain needed to remain an EU member and is being held responsible by many for the huge vote in working class areas that was a factor in taking the UK out of the EU. He is facing a leadership challenge that may take shape next week. This could result in a special conference and ballot timed to have a new leader in place by September.

The SNP leader Nicola Sturgeon has also made clear that there is a real possibility of a second referendum on Scottish independence. Speaking after all 32 local authorities delivered a vote to Remain in Scotland, the First Minister welcomed that Scotland sees its future as part of the EU. The SNP manifesto for May’s Scottish Parliament election said there should be another ballot if there was a “significant and material” change in circumstances from the 2014 vote, such as Scotland being taken out of the EU against its will.

The new Conservative leader will not need to hold the General Election until May 2020. However, it is possible the new leader could choose to hold an election much earlier – either in May 2017 or even in autumn of this year. An early General Election would present an opportunity for Sikhs to assess progress against key issues raised in the Sikh Manifesto and use it to not only get commitments, but practical changes for the benefit of the Sikh community. These would be around proper recognition by public bodies of the need for fair provision of public services to Sikhs, greater statutory protection and rights around the 5K’s and Sikh turban and tougher action against those responsible for hate crimes directed at Sikhs and our places of worship.

Bhai Amrik Singh, the Chair of the Sikh Federation (UK) stated: “Although we supported ‘remain’ in the EU campaign, recognising our wider responsibility towards fighting for the rights of Sikhs in mainland Europe who face increasing discrimination we respect the overall result that the majority of the British public has taken that the UK should leave the EU. This however presents us and any future UK Government with a new challenge of how we can appropriately influence mainland Europe when it impacts on our rights when we travel there and the rights of Sikhs in mainland Europe who we can not abandon.”

“This vote means politics are being quickly reshaped in the UK and we may have another General Election sooner rather than later. Mature political leadership is required that will unite a divided country. Sikhs in the UK will play a full part by facing up to the short to medium term challenges, but also the opportunities that lie ahead.”