Chandigarh: A new report released on September 16, 2015 by the United Nations human rights office has identified patterns of grave violations in Sri Lanka between 2002 and 2011, and recommends the establishment of a hybrid special court to ensure that justice is served.

“Our investigation has laid bare the horrific level of violations and abuses that occurred in Sri Lanka, including indiscriminate shelling, extrajudicial killings, enforced disappearances, harrowing accounts of torture and sexual violence, recruitment of children and other grave crimes,” UN High Commissioner for Human Rights Zeid Ra’ad Al Hussein said in a news release.

“This report is being presented in a new political context in Sri Lanka, which offers grounds for hope,” he continued. “It is crucial that this historic opportunity for truly fundamental change is not allowed to slip.”

The report indicates that war crimes and crimes against humanity were most likely committed by both sides to the country’s conflict – the Government of Sri Lanka and the rebel Liberation Tigers of Tamil Eelam (LTTE). 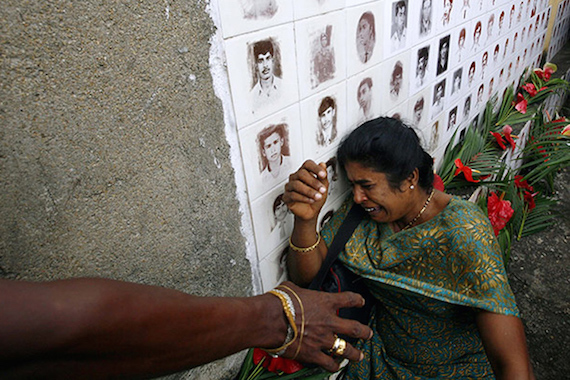 Among the most serious crimes documented in the report are numerous unlawful killings, sexual and gender-based violence, enforced disappearances, torture, child recruitment, attacks on civilians, denial of humanitarian assistance, and violation of the rights of internally displaced persons in closed camps.

The report also documents “years of denials and cover-ups, failure to carry out prompt investigations, stalled investigations and reprisals against the family members of victims and others who have pushed for justice,” states the news release issued by the UN human rights office (OHCHR).

Sri Lanka’s criminal justice system, says the report, is not adequately equipped to deal with the violations, as it lacks a reliable system for victim and witness protection and has been corrupted by decades of emergency, conflict and impunity.

As such, the report recommends the creation of a hybrid special court that integrates judges, prosecutors, lawyers and investigators, to ensure that justice is served, as well as a range of measures to develop a comprehensive transitional justice policy to address the human rights violations of the past 30 years and prevent their recurrence.

“Sri Lanka must now move forward to dismantle the repressive structures and institutional cultures that remain deeply entrenched after decades of erosion of human rights,” said the High Commissioner, who welcomed the positive steps taken by the new Government of President Mathiripala Sirisena since January.

“The levels of mistrust in State authorities and institutions by broad segments of Sri Lankan society should not be underestimated,” he said, adding that it is for this reason that the establishment of a hybrid special court is so essential.

“A purely domestic court procedure will have no chance of overcoming widespread and justifiable suspicions fuelled by decades of violations, malpractice and broken promises.”