New Delhi: Members of a UN peacekeeping mission engaged in “transactional sex” with more than 225 Haitian women who said they needed it for things like food and medication, suggesting that sexual exploitation remains significantly underreported in such missions, according to a new report.

The draft by the Office of Internal Oversight Services looks at the way UN peacekeeping, which has about 125,000 people in some of the world’s most troubled areas, deals with the persistent problem of sexual abuse and exploitation, notes the Indian Express.

The draft of the concerned report was reportedly leaked into the media before it’s actual release. 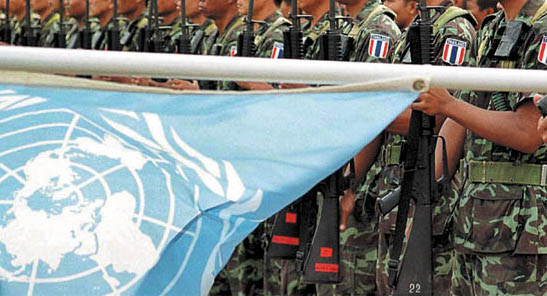 “UN peacekeepers commonly pay for sex with cash, dresses, jewellery, perfume, mobile phones and other items despite a ban on such relationships, a draft UN report has concluded”, reports AlJazeera.

“In cases of non-payment, some women withheld the badges of peacekeepers and threatened to reveal their infidelity via social media,” the report says.

“Only seven interviewees knew about the United Nations policy prohibiting sexual exploitation and abuse.” None knew about the mission’s hotline to report it, notes the Indian Express.

The reports says that Indians in its peacekeeping operations were involved in three substantiated cases of sexual exploitation or abuse between 2010 and 2013.

In an earlier case involving Indian peacekeepers in Democratic Republic of Congo in 2008, India ordered 12 officers and 39 soldiers to undergo DNA tests to see if they had fathered children with local women.