Chandigarh: Punjab government was facing severe criticism from opposition parties and the media for appointing an allegedly tainted cop Kamaljit Singh Dhillon as Senior Superintendent of Police (SSP) at Moga.

Kamaljit Singh Dhillon was appointed as Moga SSP replacing Rajjit Singh Hundal whose name had emerged after arrest of a Punjab police inspector Inderjit Singh in a drugs related case. Kamaljit Singh Dhillon’s appointment as Moga SSP had invited criticism from media and opposition parties in wake of the fact that he was inducted in State Bureau of Investigation’s inquiry for letting off cops involved in drugs smuggling case after taking bribe of Rs. 40 lakh in 2013. 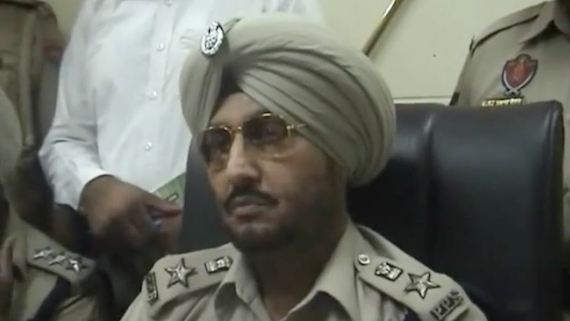 A statement issued by Punjab CM’s Office states that Amarinder Singh has ordered the removal of the recently-appointed Moga SSP Kamaljit Singh Dhillon after receiving the report he had sought earlier this week into some pending inquiries against him.

The government release said that K S Dhillon has been shifted as AIG (Crime). “The Chief Minister has taken the decision on his removal as inquiries, warranting disciplinary action against him, had been found to be pending, said the spokesperson. The Chief Minister has asked DGP Suresh Arora and the Home Department to immediately take action on the said inquiries”, the statement reads further.

Gurpreet Singh Toor has been appointed the new SSP Moga.